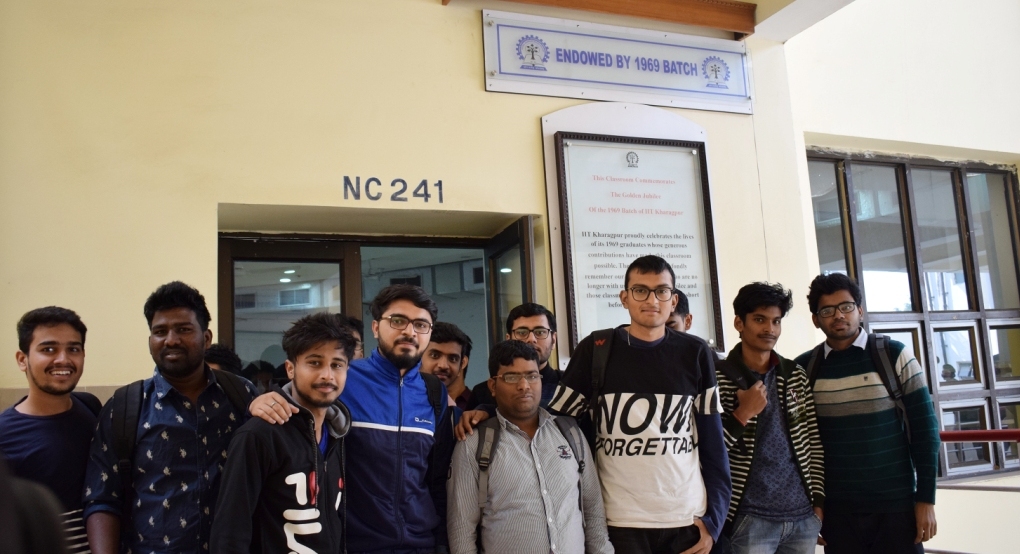 Giving back at the Annual Alumni Meet is a ritual at IIT Kharagpur. In keeping true to the tradition, close to 400 alumni from the 1969, 1979, 1994 and 1997 batches have donated Rs. 3.6 crore to their Alma Mater on the occasion of the 16th Annual Alumni Meet scheduled from January 11-13, 2019. The annual giving is among the several alumni fundraising campaigns conducted by the grand old IIT during the year.

The donation has been made towards their respective batches in endowment mode, partial interest out of which will be utilized every year to support a research program for undergraduate students. To encourage such endowment gifts, classrooms are named after batches which collectively donate Rs. 50 Lakh and more.

“These classrooms remind the students each day that graduation is only the beginning of the life-long bonding with IIT KGP. With each passing year, the memories of the years at IIT KGP become more meaningful bringing back the nostalgia and the warmth of an extended family which they gained at IIT KGP. The idea of giving back in the name of the batch is rekindling this bond with the Kgpian family,” said Prof. Subrata Chattopadhyay, Dean of Alumni Affairs.

The journey was certainly different, to gather enough people from the batches for the cause of the Alma Mater and raise fund for the Alma Mater. In fact, several alumni got connected with the Institute years after their graduation.

For a batch like 1969 the task was by no means easy, made more so by the fact that in the days when they graduated there were no emails, almost no phones (certainly no cell-phones), and no social networking sites. So staying in touch was more of an exception than the rule. Alumni like Pronob Guha, Arvind Jain, Ramnath Mani and later Udit Bhanu Dasgupta from the 1969 batch, hence focused their energies on the activity of friend-raising from their batches. “Each alumnus has their own story and own set of friends in the batch and their own set of emotions to donate to their alma mater,” echoed the batch leaders with a hearty laugh. From the initial 36 contacts, the group soon expanded to 90 and raised Rs. 82 Lakh.

For the alumni from the batch of 1994, the challenge was of a different sort with the alumni being at the peak of their professional lives. Abhirup Mukherjee, Vijay Krishna, Subhas Lingareddy, Chandrakant Ekkirala and Manish Pandey from the batch took up the challenge and motivated the batch for a grand celebration of their Silver Jubilee reunion at the 16th Annual Alumni Meet. Soon, the batch gathered momentum with 180 strong batch-mates and not only reached the target of Rs. 50 Lakh to claim their classroom but raised Rs. 1.22 crore for development work at their respective halls of residence.

“Halls are the heart of IIT KGP where the bonding, which Kgpians are so proud of, begins. Each hall has its own culture and spirit. While residents of some halls are known to win medals in sports, some others are experts in socio-cultural activities and residents from another group of halls go on to win several technological championships. Alumni understand this diverse talent and the varied requirements at the halls such as well-equipped model common rooms, air-conditioned libraries, modern messes etc. and take up the cause for upgrading the facilities at their halls,” remarked Prof. S K Pal, Associate Dean, Alumni Affairs who earlier headed the Hall Management Centre at the Institute.

The 1979 batch which is completing its 40th year of graduation and hence its Ruby Jubilee is very close to becoming the Founding Endowment Batch with Rs. 46 Lakh raised from 36 alumni. Cmdr. V. K. Jaitley, Rakesh Agarwal, Chetan Date, Ranganathan Gurumoorthy and Vipin Asija are raising the tempo of their batch-mates during the event to achieve their goal before the closing ceremony on January 13.

“We Can! We Can!”, that’s not only the name of a book that I have written, rather it encapsulates the tempo of us, Kgpians across all ages, and we can definitely make our best effort in enriching the experience of the younger generations at IIT KGP. We Must! We Must! They are also our descendants through our alma mater, They Are The Future,” said an overwhelmed Cmdr. V. K. Jaitley from the 1979 batch.

While these batches are celebrating at the Meet, another batch also reached their goal way before their Jubilee celebrations. The 1997 batch visited the Institute in December 2017 to celebrate their 20th year and pledged to etch their legacy in the Nalanda Academic Complex by December 2018. 85 donors from the batch led by Anandaroop Bhattacharya, Associate Professor at the Dept. of Mechanical Engineering and Associate Dean of International Relations raised Rs. 60 Lakh just before the Meet, thus becoming the youngest Founding Endowment Batch so far.

“As a batch leader, I am overwhelmed by the response from my friends not only in terms of monetary contributions but also their heartwarming messages that they have expressed expressing their gratitude for the Institute. As we look back after, we realize even more the value of the education we received here and the role the Institute has played in shaping our careers.” expressed an enthusiastic Bhattacharya. 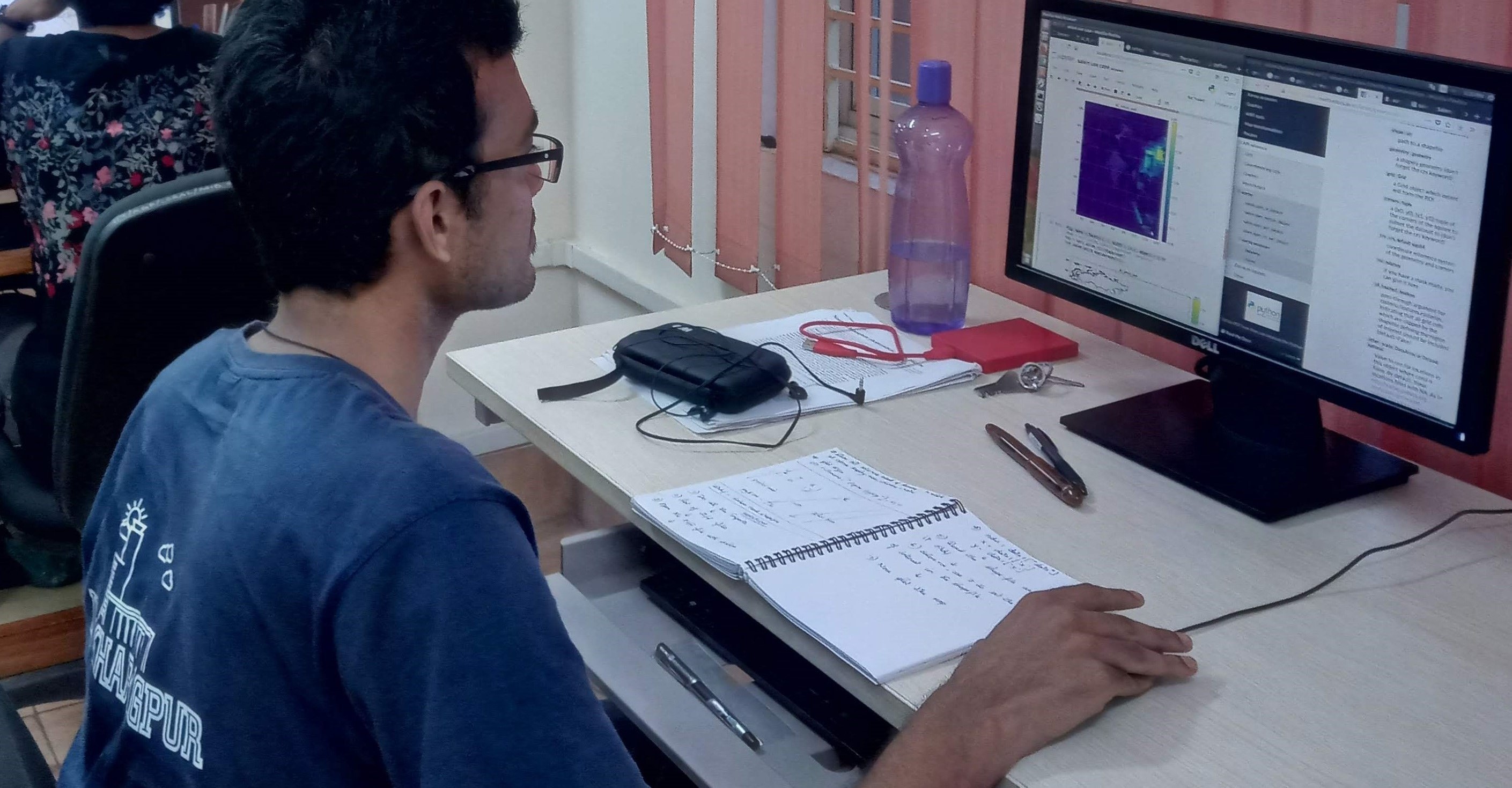