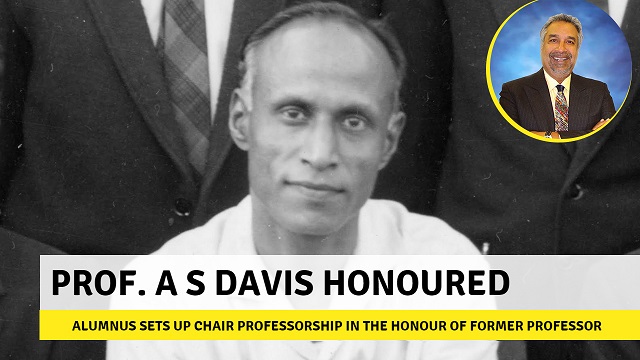 Who Was Prof. A S Davis?

It was 1965 . . . few pairs of eyes rolled watching a boy being grabbed by his neck from his room D-231 at RK Hall, by a Professor and taken to the laboratory.

The Professor was A S Davis from the Department of Mechanical Engineering at IIT Kharagpur. The young boy was Vinod Gupta (B.Tech./AG/1967), now an entrepreneur and philanthropist. Recently, Vinod has donated USD 100,000 to his alma mater IIT Kharagpur to set up a Chair Professorship in the memory of Prof. Davis.

The teacher who won’t let me miss my lessons . . .

It was 1962, when a boy from Rampur Maniharan, a village near UP’s Saharanpur entered the gates of the first IIT. After admission, he was allotted Room No. D-231 in the Radhakrishnan Hall of Residence (RK Hall). There he met Prof. Davis for the first time where the latter was the warden.

Vinod Gupta during his student life at IIT KGP

“I was one among the hundreds of students who knew him and took courses from him. In our times, teachers like Prof. Davis personally saw to it that we learned our courses well. He made sure that we learned the missed lesson, our lab work was done right before we left. He insisted that the answer to every question was done on one page, on the right side, and the left side was for our calculations,” reminisces Vinod who took two courses from him, one in Thermodynamics and the other in air conditioning and refrigeration.

But it was much more than the teachings of a professor influencing a student’s life . . .

“Prof. Davis emphasized that the process was more important than the results. His teachings have influenced my life in a very significant way. But that was one among the several influencing factors he had on me. Prof. Davis used to spend a lot of time in the Hall, mentoring students through long hours of socialization. What inspired me most about him was that, besides being a brilliant teacher and a great communicator, he was an extremely practical human being with a wit equally matching his brilliance,” remarked Vinod in his usual way while remembering his golden moments of the 60s’ at IIT Kharagpur.

The endowment for Prof. A. S. Davis Chair Professorship will be used to pay a top-up salary to a senior professor at the Department of Mechanical Engineering in the area of Thermodynamics to carry out the state-of-the-art teaching, research and other development in the department.

Vinod Gupta, today synonymous to the introduction of management and legal education in the IIT system. The Vinod Gupta School of Management and the Rajiv Gandhi School of Intellectual Property Law are Tier-I schools in areas of business management and law in India. Despite setting up his base in USA, Vin, as he is popularly known at IIT KGP and among fellow alumni, has continued his philanthropic work at IIT KGP and in villages of Uttar Pradesh. Vinod has not only nurtured young talents and the education system but has also saluted those who have inspired him to excel.

I am confident despite the increasing teacher-student ratio, there are teachers who innovate pedagogical methods to augment individual attention and mentorship” hopes Vinod.

Ear to the ground 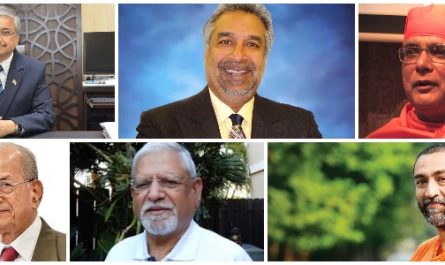