“Farrokh’s passion is to have fun in providing an opportunity for highly motivated and talented people to learn how to define and achieve their dreams.” That is how University of Oklahoma’s Gallogly College of Engineering, Aerospace and Mechanical Engineering, introduces the incumbent of its L.A. Comp Chair – Professor Farrokh Mistree.

When I ask him about this rather unusual passion during his recent visit to IIT Kharagpur, Professor Mistree (1967/BTech/NA/AZ) tells me his life story. That is, his journey from being a student of naval architecture at IIT Kharagpur to holding the prestigious L.A. Comp Chair at the University of Oklahoma (where he specializes in “intelligent” decision-based realization of complex systems) and becoming a Distinguished Alumnus of his alma mater.

Why the story? Because although highly motivated and talented, Professor Mistree had some trouble defining and achieving his dream.

Professor Mistree’s fixation with naval architecture grew out of a talk with his mother rather than any notable passion for ships. His mother was an experienced army doctor who had served on the Burma front during World War II. She quit the army when Farrokh was born and settled down in Pune to take care of him and the underprivileged.

Little Farrokh was afraid of blood, and so, when asked by his mother what he wanted to be when he grew up, he said he wanted to build submarines for the Indian navy. Sometime later his mother, who did a bit of research in the British Council Library, popped him another question – was it to be marine engineering or naval architecture? The boy asked, “Who gets dirtier – the naval architect or marine engineer?” His mother went back to the library and returned with the answer – the marine engineer. Farrokh immediately settled for the latter. And that is how his dream, that brought him to this Institute, was born.

So strong was his commitment to this childhood dream that even when young Farrokh, who had secured 37th rank in the admission test for IIT, was told by the authorities at IIT Bombay that he was free to pick any institute and any course he wanted, he stuck to his guns. Naval architecture it was to be. And so naval architecture it was for the next five-and-a half years (BTech then took longer to finish).

However, even before he had obtained his BTech (Hons) degree, he knew that his childhood dream was not to be; he was not cut out for the Indian Navy despite being trained by them and offered a commission. It had to be something else. Farrokh reflected: he was good at debate, acting (was awarded the Dramatics Blue), enjoyed helping his colleague. A ha! A professor? One who had to hold the attention of students, had to debate to further the field and enjoyed investing in others?

But to be a professor, a PhD was needed, and so Farrokh went off to get his PhD at the University of California (Berkeley).

At Berkeley, too, he settled to study naval architecture. But within six weeks, the doubts emerged about what he was being taught and what he was expected to learn. The good thing was that Berkeley allowed him to get his PhD in ‘engineering undifferentiated’ with minors in structural engineering (Civil Engineering) and operations research (Industrial Engineering) and finance (Business Administration). The shock came when he was told by his Berkeley professors that they would not support him to pursue an academic career in the United States. They found him a job in the industry instead.

A window opened in distant Australia, where he set sail to undertake a post-doctoral position sponsored by the Royal Australian Navy. Soon an advertisement appeared in the local papers for a lecturer’s position in the same institution and Farrokh was hired. “The beauty of the thing was that I was not appointed for naval architecture, where there was an opening as a lecturer, but for applied mechanics, where design was a major focus,” says Professor Mistree. He thrived, and within 18 months he was tenured as a lecturer.

So how did things suddenly fall in place? Professor Mistree says, “The Dean saw that I was not ship-oriented, but that I had to have the opportunity to imagine and question and do new things. Hence the appointment in Applied Mechanics, where I started developing and teaching courses in the emerging field of computer-aided design.”

He went on to write books, the first in computer science, the second on personal computers, the third (co-written with his wife, Professor Janet K. Allen) on integrated design of materials, products and processes, the fourth on supply networks, and the fifth (due next year) on manufacturing.

Professor Mistree, who takes a keen interest in the education and research mission of IIT Kharagpur, and has been actively participating in furthering it since the time when Professor Damodar Acharya was Director, has a definite idea of what true education, or learning, is. He cites Darwin. “It is not the strongest or the most intelligent of the species that survive but the most adaptable.”

Any other suggestion? “Yes”, he says. “It is the Institute’s faculty and its first citizen, the Director, who should identify, articulate and promote their dream for the Institute.” The alumni are ready to “catch their dream” and work with the highly talented and motivated faculty of IIT Kharagpur to transform this dream into reality. 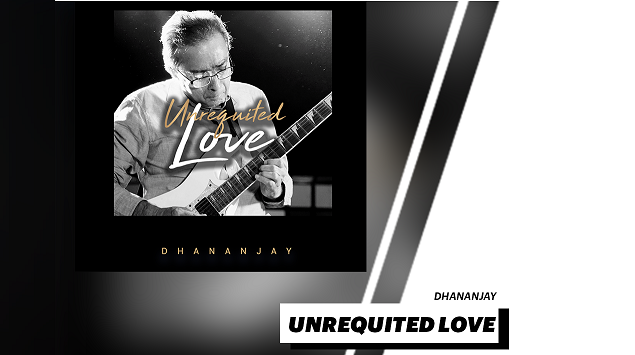 The DJ Has Arrived