IIT Kharagpur and Norwegian University of Science and Technology (NTNU) have signed an MoU on October 11, 2018 at New Delhi to facilitate cooperation in research and education between the two institutions. NTNU is an expert in Hydro Power, Ocean Modelling, Deep Sea Resources and Marine Technology which will be key areas of focus under this MoU.

The two institutions shall seek to promote mobility of graduate and undergraduate students, faculty, joint research activities and publications, cross-participation in seminars and academic meetings and exchange of academic materials and academic publications. Further, the two institutions will also explore opportunities for special short-term academic programs. The MoU was signed by Prof. Sriman Kumar Bhattacharyya, Deputy Director of IIT KGP and Dr. Gunnar Bovim, Rector, NTNU. Nils Ragnar Kamsvåg, Ambassador of Norway to India was also present on this occasion.

“IIT KGP has three departments and centers working in these areas including Dept. of Ocean Engineering and Naval Architecture, Center for Oceans, Rivers, Atmosphere and Land Science and the Dept. of Civil Engineering with its core areas in Hydrodynamics, Coastal, Marine and Hydraulic Engineering and Wave Modelling. Other areas would include Structural and Petroleum Engineering, Reliability of Infrastructure Systems, Geology and Geophysics,” said the Deputy Director Prof. Bhattacharyya, who is also a domain expert.

Norway is striding towards expanding collaboration between India and Norway in marine and maritime research and education. Following the meeting of the prime ministers of India and Norway in April this year, the Norwegian Embassy has been wanting to engage with top educational institutions in India.

“Countries known for their clean energy initiatives have made significant advancements in marine technologies and harvesting the ocean for various forms of energy including renewable energy. In India we are generating about 15% of our electricity from hydroelectric power, however, the share of this clean and renewable source of energy needs to be increased substantially. Considering the shifting Himalayan terrain, we have to look for alternate resources and innovations in generating hydroelectric power” opined Prof. Baidurya Bhattacharya, Dean, International Relations and faculty at the Dept. of Civil Engineering.

Both IIT KGP and NTNU have transdisciplinary academic and research programs encompassing science and technology, medicine, social sciences to arts and fine arts and more areas of common interest will be explored in future.

“Further to this, we have also initiated discussions on reciprocal student exchange and internships. Graduate students from NTNU will visit IIT KGP in 2019 as part of the Indo-Norwegian project to carry out a part of their master’s thesis work,” confirmed Prof. Mohammad Saud Afzal, faculty at IITKGP and alumnus of NTNU. 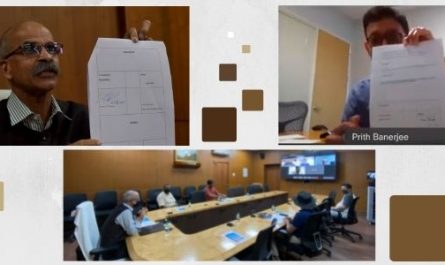 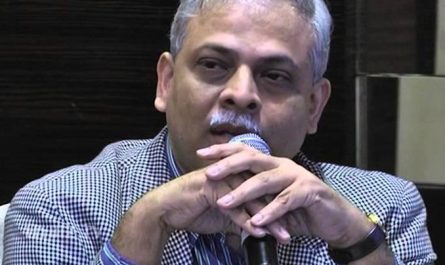 2 thoughts on “Harvesting the Oceans”