IIT Kharagpur on its 68th Foundation Day has taken up the challenge to resolve two burning issues of urban India – sewage disposal and access to clean potable water. The Institute is setting up the Aditya Choubey Center for Re-Water Research, seed-funded by alumni Anant Choubey and Aneesh Reddy to remediate, replenish and rejuvenate water resources.

“The scarcity of water for drinking and domestic use is becoming acute and will only worsen in the coming years. On the other hand, urban areas are witnessing massive sewage problems. The idea of linking these two crises and coming up with one viable solution was challenging. Having done that, we would be networking with government bodies to take up this technology and the process and meet the water challenge in various cities” remarked Aneesh Reddy.

The Institute is setting up an on-campus plant which will daily convert 1.35 million litre of sewage water from the hostels to 1.2 million litre of potable water. The pilot plant at IIT Kharagpur is expected to be ready by March 2019. The water processing and output will be monitored in real-time and conform to IS 10500-2012 standard for drinking water. “We will conduct quality assurance tests demonstrating the suitability of the technology for treatment of sewage and the suitability of the treated water for consumption and infuse confidence among all agencies and the public at large related to water supply, treatment” said Prof. M M Ghangrekar, faculty at the Dept. of Civil Engineering who will be heading this project.

Further, the researchers would be developing an operationally viable technology so that the plant can be profitably commercialized. “We are working towards bringing down the cost to less than Rs. 10 per kilo litre. This will allow the manufacturer to invest the additional fund towards setting up more plants in the urban areas. The project is being developed to attract potential entrepreneurs and government agencies to take up sewage treatment at a large scale and with a business model for banks to gain confidence in funding such businesses.” explained Anant Choubey.

Prof. P P Chakrabarti, Director, IIT Kharagpur opined that similar models of water sustainability have been adopted in foreign countries. India would have to make a move towards reclaiming, recycling, reusing, rewatering, remediating, replenishing, rejuvenating. “We are looking forward to participatory models in villages to implement this technology. We would also engage international water experts and professionals from the industry as researchers and advisors in this Center. Aneesh and Anant will be advisers as well” he said. 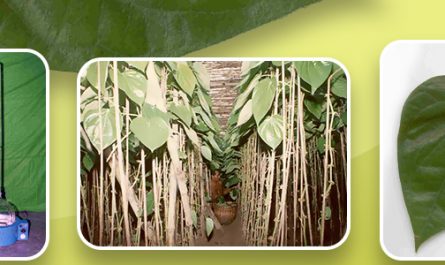 Reaching Out to the Extended Family