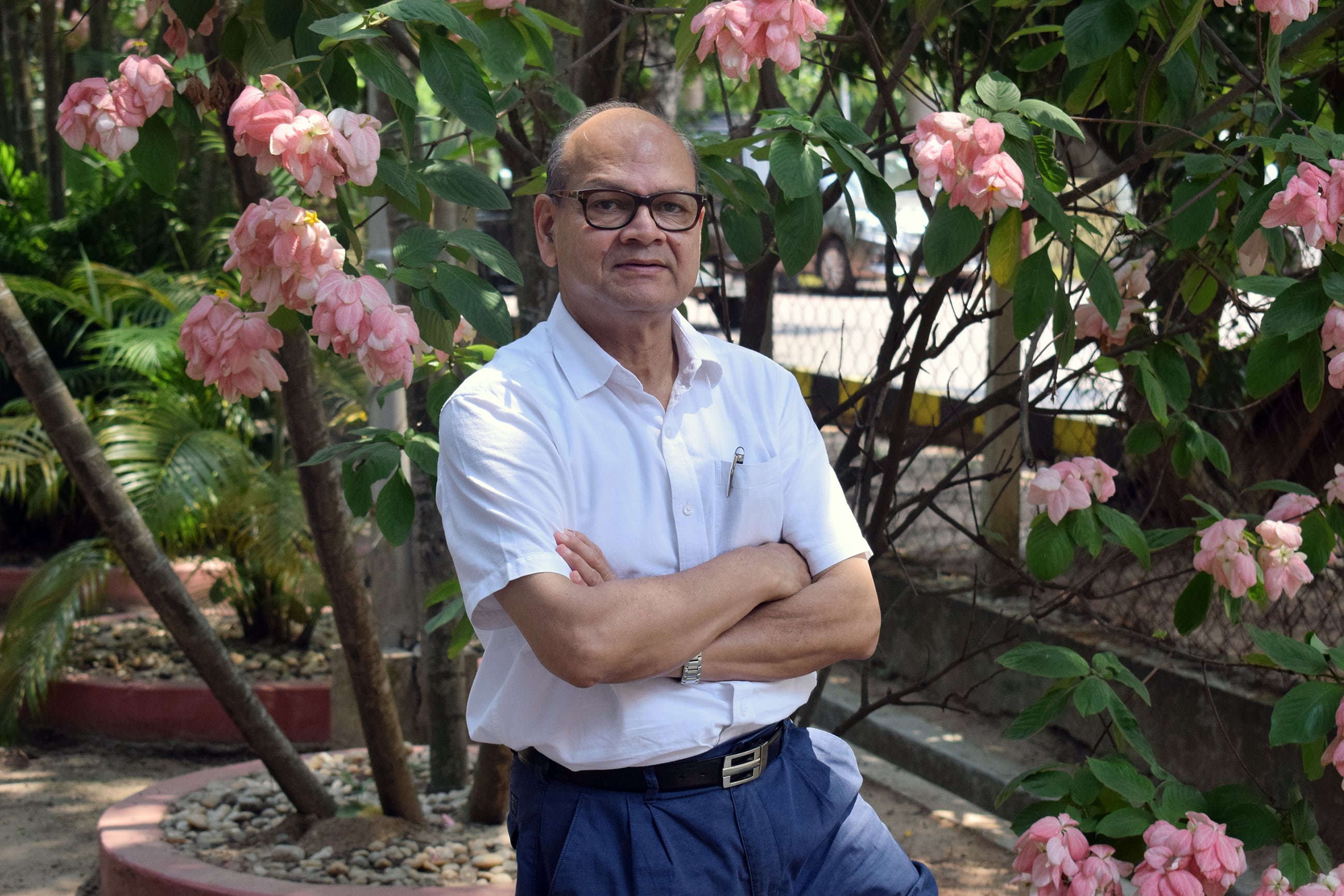 “Wherever you are is the entry point” – Kabir

We don’t know if Vijay Kiyawat (1967/BTech/ME/NH) came across these words of Kabir, the great mystical poet and saint. But the trajectory of his life demonstrates the truth of the statement. That is, you can make a fresh beginning from any point of your life.

That is what happened when Kiyawat retired in 2008 after an extremely successful corporate career. “I wanted to do something different – something different from consulting, or teaching,” he says. So he took up the paint brush – a rather unusual choice for a person who had never painted before.

He could have simply spent his lazy afternoons dabbling in colours. But Kiyawat did way more than that. His intuitive grasp of the art medium, dedication and the undying professionalism that he carried into his post-retirement life, has made Kiyawat a well-known water colourist.

He has had solo exhibitions in India Habitat Centre and Jehangir Art Gallery – those iconic convention centres in India that surely indicated that one had arrived – as well as in foreign lands like Singapore and group exhibitions in India. His paintings adorn the walls of homes in faraway America, Germany, Switzerland, Japan and other countries as well as corporate offices. Recently, 11 of his paintings were picked up by Goldman Sachs for its new office coming up in Bengaluru.

Did Kiyawat foresee becoming such a successful artist? Unlikely. He started off going to hobby classes of Delhi artist teachers Surinder Kaur and Rajesh Sharma, poring over books on the techniques of water colour, and learning with the keenness of a child from anyone who could teach him anything new. While visiting Pune, he sought out Milind Mulick and in Berkeley, artist and teacher Julie Cohn.

Magic happened when this learning, his powers of observation and imagination combined together. Kiyawat explains this confluence in more prosaic terms on a YouTube video – the right side and the left side of the brain coming together.

What comes across poignantly during our recent conversation at IIT Kharagpur’s Technology Guest House is Kiyawat’s matter-of-factness about his art. There is no anxiety in him to belong to any particular school or style of painting. He, in fact, is disparaging of the existing practice of making paintings look dark and gloomy. To him, his art is all about happiness. As he puts it succinctly, “I choose to be happy and water colour is a medium that is a happy medium. An artist paints what he is, not what he sees. I am happy and make people happy. That is what I am.”

What he means is that his art is a reflection of his self – spontaneous and easy-flowing – and the inner journey that his travels, his reading, his experiences trigger.

“My water colours are based on stories – they convey something. Take the Meditation series, which has elements of a particular tree or plant and I use them to depict the complexity of mind at one end of the painting and on the other to depict the post-meditative mind,” says Kiyawat.

Whether the Dream Garden series, or Meditation, or the depiction of seasons, or the raven series after his travels in Bhutan, Kiyawat always tries to introduce an element of mystery in his water colours. Many of them also have a bird – whether peacock, or Golden Oriole or crane – plant life or flowers. The colours are vibrant and the connection they forge with their viewer is strong and instant. “My paintings are popular because people relate to them,” says Kiyawat.

For IIT Kharapgur, which holds a special place in his heart, he has a novel scheme called ‘Arty Charity’, which means ‘Donate to IIT KGP and buy art at discount’.

So, when an alumnus donates to IIT Kharagpur, he/she could seek a discount (within 30 days of donation) of the donation amount on the price of the painting. [Click here to see details of the scheme].

“So it promotes my art and at the same time promotes donation to IIT,” says Kiyawat. Six alumni have bought paintings from him based on their donation to the Institute.

Kiyawat, in fact, has been a benefactor of the Institute since 2007, when he helped set up the Vijay Kiyawat Endowment Fund that provides financial support for the medical treatment of both teaching and non-teaching staff. The fund has also helped students of Nehru Hall and the Mechanical Engineering Department get a reading room and digital repository respectively.

“It was because of IIT Kharagpur that the gates opened in life. I came from a middle class family, as many of us, and without the scholarship given by the Institute, I could not have continued my studies. Mine is a small gesture of giving back,” said Kiyawat.

In a happy place

One thought on “Shape of water”