People say that the love of parents surpasses the zenith of affection for their children, but children honour their parents by being the answer of their prayers kept inside the vicinity of the heart. When we see an established individual, we apprise him or her for their hard work, dedication and efforts that helps them to earn a fortune but the parents are the one steering them through the bumpy ride of life, giving their children the assurance of being compassionate to both failures and successes. Sometimes children go beyond their way to mollify the resentment that life brings for their parents by being the heir of their true self, with the sincerity of intent pursuing their dreams by themselves. Children honour their parents in their hearts, cherish them not only with honesty and respect but also with kindness and affection. This honour has been bestowed by one of our notable Alumnus, Mr. Satyendranath Mukherjee who has instituted the Dr. Phanindranath Mukherjee Memorial Award and Mrs. Sagarika Mukherjee Award at IIT Kharagpur in honour of his father and mother respectively. This award recognizes one male and one female student for a reward based on their all-round performances. Dr. Mukherjee donated INR 70L as endowment to encourage the students of IIT Kharagpur to become role models to the world.

A lifetime trustee of IIT Kharagpur Foundation USA and a B. Tech in Electronics and Electrical Communications Engineering from IIT Kharagpur in 1976, Mr. Mukherjee was awarded the President of India Gold Medal for securing first position among all branches of Engineering in IIT Kharagpur.  He obtained his M. Tech. degree with distinction from the Netherlands and Ph.D from Carleton University, Ottawa, Canada. Listed as a noteworthy semiconductor engineer and researcher by Marquis Who’s Who, he is a retired Chief Scientist and Senior Director at Philips Research, North America, after serving as the Managing Director and is associated with Executive Management in the industrial R&D space of Intel Corp and Exel Microelectronics. He was the Department Head of Microelectronic Devices, Circuits and Systems where he conducted research on integrated circuit design, technology and applications in power electronics for a number of systems including lighting controls, displays, wireless communications and healthcare. He developed the world’s first 512K flash memory and holds the original patent on the cell. As the chairman of the board of directors of an international industrial affiliation (CABA) with over 350 industry members, he has spearheaded strategic and tactical planning of the organization operating in the space of building automation. 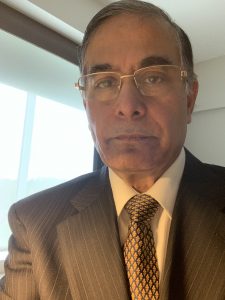 The students are selected based on the selection criteria with due weightage on academic record, active participation in departmental activities, Halls of Residences and in Technology Students Gymkhana. 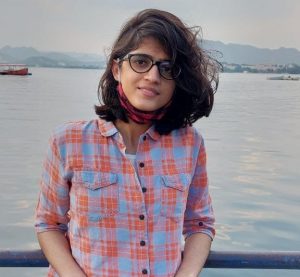 Kavita, a third-year undergraduate student in the department of Ocean and Naval Architecture is currently the Tech Team Head at Kshitij, General Secretary in the Department Society, inter IIT team member of athletics and is quite involved in the hall activities says, “I am grateful for receiving this award as it is a token of appreciation for all those efforts I took as a fellow KGPian and it also motivates me to contribute more to this KGP community. Also, I am thankful to IIT Kgp alumni Mr. Satyen Mukherjee for this encouragement that motivates students like me. About my future plans, I will explore the corporate world for the next few years in the field of management. After that, I am planning to pursue MBA.” 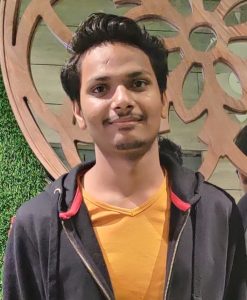 Shubham Agrawal, a third-year undergraduate student in the Department of Mechanical Engineering from Aligarh, Uttar Pradesh is the General Secretary of Maintenance of his Hall of Residence at IIT Kharagpur and is the Head of Finance at Gopali Youth Welfare Society, an NGO run by the students of IIT Kharagpur for the welfare of underprivileged students. “Apart from my academic curriculum, I am learning new skills and aim to become a professional software engineer. I enjoy using my skills and leadership qualities to contribute to the welfare of society. I am the topper in my department with 1st rank and was awarded the UPSTSE scholarship in school and received MCM Scholarship from my first year. I believe we as IITian should do some work for the community’s welfare. I am very thankful to Mr. Satyen Mukherjee sir for showing this love for IIT Kharagpur and for such an award that emphasizes leadership and community service.”

Dr. Mukherjee’s current areas of interest include education, elderly home healthcare, lighting controls systems, building wide energy management systems including HVAC appliances and renewable energy systems. He has also worked with the US federal (DOE, DoD, ARPA-E) and state agencies in promoting energy efficiency technologies. He had been engaged in making strategic planning for global R&D, interaction including serving on advisory boards with world class universities in the US, Canada and Europe like MIT, Stanford, Harvard, Columbia, RPI, U of T, IMEC and others. He has more than 25 patents and has published over 50 papers widely in conferences, journals and textbooks and has initiated research collaborations with Lawrence Berkeley National Laboratory on integrated controls and energy simulation in buildings.