Study on Qualitative Aspects of Sharing School Transport in Kolkata

With the rising ownership of private cars, people have become prone to the traffic congestion as a regular intake of distress. Reopening schools after a hibernation of two years have exploded the roads with private cars as the safest and favoured mode of transport for children. Considering personalized transport as a basic insurance from the pandemic that we are still enduring, shared school transport have taken a hit among the parents in view of the safety of their children. Shared transportation plays a critical role in maintaining the balance of cars is to people ratio in the region of its operation. As per reports, the traffic gets choked up the most during the school hours making a travel harassment for people on road. Owing to such aggravating situations, researchers at IIT Kharagpur and Kolkata Traffic Police have launched a project to ensure the safety of school children on the road and to alleviate traffic congestion around schools during the school hours. The Institute has identified qualitative aspects of school buses like safety, security, staff behaviour, punctuality, protection from pollution and comfort as priority areas of intervention to make shared services attractive to parents. The study highlights the necessity and utilization of shared modes as a method to minimize congestion in the narrow roads of the city.

“The research began about five years ago with the identification of a comprehensive list of attributes that affect the choice of the mode of transport to schools based on the views of the school authorities, expert opinion and perspective of the vehicle operators. An extensive survey was conducted to understand the perceptions of parents in the city, taking into account the needs for both car-owning and non-car-owning parents. In Kolkata, nearly 12,000 parents were contacted for the survey and over 7000 of them responded. The survey was conducted in two rounds. In the first round, it found out the priority attributes which need improvements, while in the second it captured the impact of improving priority attributes on the choice of mode for transport to schools,” said Professor Bhargab Moitra of Civil Engineering, IIT Kharagpur.” 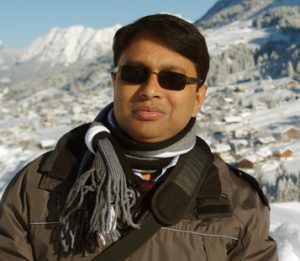 As part of the research, a standard operating procedure is developed for all stakeholders involved in school trips. Improvements of identified attributes even in lieu of required fare increment are expected to increase the attractiveness of the shared modes for school trips, and bring down the share of private cars by 5-7 %. Also, with the improvements, the generalized cost to the non-car-owning parents is expected to reduce by 2-3 % indicating benefits. The overall reduction in the traffic volume during school opening and closing hours is expected to reduce the vehicular emission and bring environmental benefits.

Prof  Moitra stated while quoting the study, “The findings of the project justify a shift from the current fare-centric approach to an improvement of the overall service with adequate emphasis on relevant qualitative and quantitative attributes. School children, their parents, school bus drivers and conductors, as well as the enforcement authority, the school administration and the police are the stakeholders in school trips. A standard operating procedures (SOP) was suggested by the report which demanded the police, school management and enforcement authorities to maintain police records of all the drivers and conductors involved in school transportation. Every driver should have at least five years of driving experience prior to taking up the assignment in schools, a record of all the vehicles involved in school transportation and enforce speed governors for school vehicles.”

The SOP also asked the parents of school children to check the driving license of the driver, keeping a copy of the same along with the registration number of the vehicle. Other measures like checking the condition of the tyres of the vehicle, strongly discouraging the use of worn off or resoled tyres, not allowing children to travel without the seat belt, prohibiting consumption of tobacco and alcohol by the drivers and conductors on duty and not to leave the small children unattended while dropping them back near their homes, were also advised. As for the children they should walk on the designated footpaths, should not cross roads without the assistance of an elder person and go back home for help if they missed their school vehicle.