IIT Kharagpur is celebrating its 16th Annual Alumni Meet scheduled on January 11-13, 2019. Alumni Meet is an occasion when close to 300 alumni visit every year from the batches celebrating their 50th, 40th and 25th year of graduation. This year it was no different as the Institute welcomed the alumni from across the globe starting from the evening of January 10.

The boys and girls who once cycled around the hallowed boulevards of the campus are now heading various corporations essaying the roles of top managers and board members, running their own entrepreneurial ventures, bureaucrats, leading experts in various domains of technology and finance, award-winning researchers and even artists and performers. You could see former RBI governor Dr. D. Subbarao sharing a hearty laugh with his batch-mate. Then there was entrepreneur Anuradha Acharya, founder and CEO of Ocimum Bio Solutions and Mapmygenome, walking down to the Dept. of Physics where she was a student. And then you could see the Director of the Institute Prof. P P Chakrabarti thanking alumnus Chandrakant Ekkirala for a painting by the latter gifted to him. Did we just hear from a global expert in Physics, Prof. T Venkatesan, Director NUSNNI, National University of Singapore share the latest happening in physics with a wide-eyed greenhorn?

The 3-day event is lined up with fun and frolic including visit to the departments and halls residence, a tour of the campus, musical night where the alumni and students perform together, illumination – where they come together to create a canvass art with lighted up diyaas or earthen lamps which is the culture of celebrating Diwali at IIT Kharagpur, a marathon across a 2.2km stretch and entertainment programs.

For IIT Kharagpur, this annual reunion of the alumni has a huge significance. The alumni, who engage with their departments and halls of residence and with other units in the Institute, has been networking to forge corporate and academic collaborations. The faculty from the Institute, many of who are themselves alumni, engage with the alumni over these 3 days as part of their outreach initiative to collaborate with various top corporations and global universities. While many of them carry on with ‘addaa’ with these alumni, who were their former students and batch-mates.

“The Annual Alumni Meet is a time for the alumni to explore, discover and reconnect. Amidst the fun and laughter, the alumni also serve a serious responsibility towards their alma mater. Through a reconnection with the Institute, the alumni of IIT Kharagpur make sure that they further the development of the Institute in every way possible. Be it in infrastructure development, initiating scholarships and grants, placements, arranging for guest lectures or industry interaction, the Institute has always found its alumni by its side,” remarked Prof. Subrata Chattopadhyay, Dean, Alumni Affairs.

The halls of residence have been major benefactors this year, with 7 halls receiving more than Rs. 1.5 crore for developmental activities. The Institute has been encouraging the students and wardens to submit proposals for hall development activities which include modern furnishing and equipment for common rooms, messes, study rooms, canteens etc.

“1969, 1979, 1994 and 1997 batches have collectively donated Rs. 3.6 crore in endowment on the occasion of the Annual Alumni Meet this year. You will find unique initiatives like the Ritesh Ranjan Memorial Scholarship, which is collectively donated by the 1997 batch in the memory of their batchmate Ritesh Ranjan who passed away. This connect speaks volumes about the deep bond that the alumni have with their alma mater. We celebrate this bond during the Annual meet and form fresh connections every year,” Dean Chattopadhyay added. Read Full Story

A key initiative during the 16th Annual Alumni Meet was the awarding of the Distinguished Service Award. Ten alumni from India and abroad were honoured for their outstanding contribution to the Institute for facilitating global networking and reach, leading collaborative projects, fundraising initiatives. Each of these alumni contributes a significant amount of their time to work for alumni associations in various parts of the world and help strengthen alumni giving back and engagement with IIT Kharagpur.

Ratun Lahiri, a finance expert from London, who steered reviving the UK Chapter talked about how she led a group of young alumni in London and strategized personalized events to attract participation and engagement from the alumni in the United Kingdom. Today the UK Chapter is a 330 members strong association and will be registering as a non-profit organization soon under UK laws thus enabling tax exemption facility to the alumni who would like to donate to IIT Kharagpur through the organization. She also spoke about the London Summer 2020 event which the Chapter has planned to organize to promote the IIT Kharagpur brand through its alumni among major corporations and academia worldwide. Another award recipient, K Rajah echoed similar ideas with the newly formed Dubai chapter which has been galvanizing the Alumni in the Middle East, particularly UAE.

In Australia, awardee Davender Jain spearheaded joint conference for all IIT directors including IIT KGP with vice-chancellors of eminent Australian universities to promote research, faculty exchange and IIT brand in Australia. While in India, Sabesh Subramaniam, former President of Chennai Chapter, has been an active participant in the IIT KGP executive committee forums with valuable inputs for improvement and has been actively engaged in drumming up support and CSR funding for the Sandhi Project, together with United Way Bengaluru.

Among the other awardees were:

Arun Prakash Das, former Honorary Secretary, Treasurer and the President of TAA Kolkata Chapter. In the days prior to mobile and WhatsApp, Shri Das has worked tirelessly for the networking and get-together for Kolkata alumni

Prof. Probir Gupta, former Dean of the Vinod Gupta School of Management, and the founding Head of the Rajiv Gandhi School of Intellectual Property Law

V Ganesh, General Secretary of TAA Delhi Chapter. In addition to the contribution towards TAA, he helped enable employment for IIT Kharagpur graduates, both in the Indian Navy and in Larsen and Toubro. Ganesh implemented a program where every year, the senior members of TAA mentor the JEE rankers of the year towards various courses and opportunities at IIT Kharagpur.

Late Pran Kurup who was instrumental in starting the alumni initiative of IIT Kharagpur, in the US and was very active in organizing alumni activities and events, was awarded posthumously.  His wife Ms. Lachmi Khemlani, also an alumna, received the award.

Varadarajan Seshamani, one of the first few members who founded the Bangalore Chapter of the IIT Kharagpur Alumni Association in 1971 with his office being the Chapter address where it operated for 23 years. 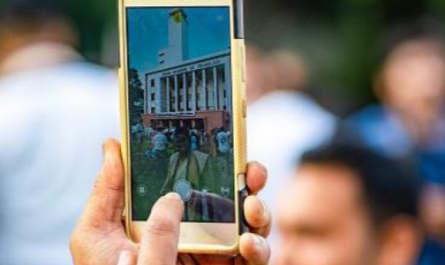 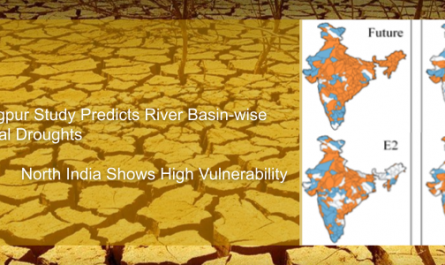