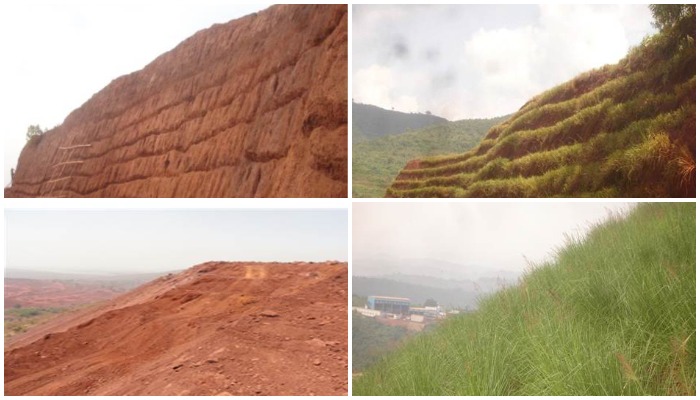 A drive through Angul, near the Dhenkanal region of Odisha will give you vast stretches of green canopy and vegetation on what was once industrial dumpsites. The transformation to a green belt is not a natural reclamation but the Midas touch of the Post Mining Mine Site Restoration group of the Department of Mining Engineering of IIT Kharagpur through a project supported by Tata Steel BSL. The researchers afforested over 32000 square feet in the region following a rapid forest regeneration technique by a unique mix of the traditional resource of Panchagavya with the Miyawaki plantation technique of ecologist Prof. Akira Miyawaki from Japan.

The dumping of blast furnace slag by steel plants has been a perennial challenge in India and even in some of the developed countries in the world. These steel slag dumps contribute to the generation of airborne particles causing air pollution and also to groundwater and surface-water contamination through different pathways. The slag-covered land is unsuitable for vegetation growth and associated problems lead to the ruination of vegetation and health hazards for both humans and animals. Researchers at IIT Kharagpur have devised a bioremediation method to reduce the concentration of these polluting slags to an innocuous state.

A research team led by Prof. Khanindra Pathak from the Dept. of Mining Engineering at IIT Kharagpur, has turned this slag suitable for plant growth by mixing it with topsoil, cow dung and other organic enhancers. Plants carefully chosen for the Miyawaki technique and 22 native species were grown on the mix with a 30cm layer of topsoil over it administering them with Panchagavya. 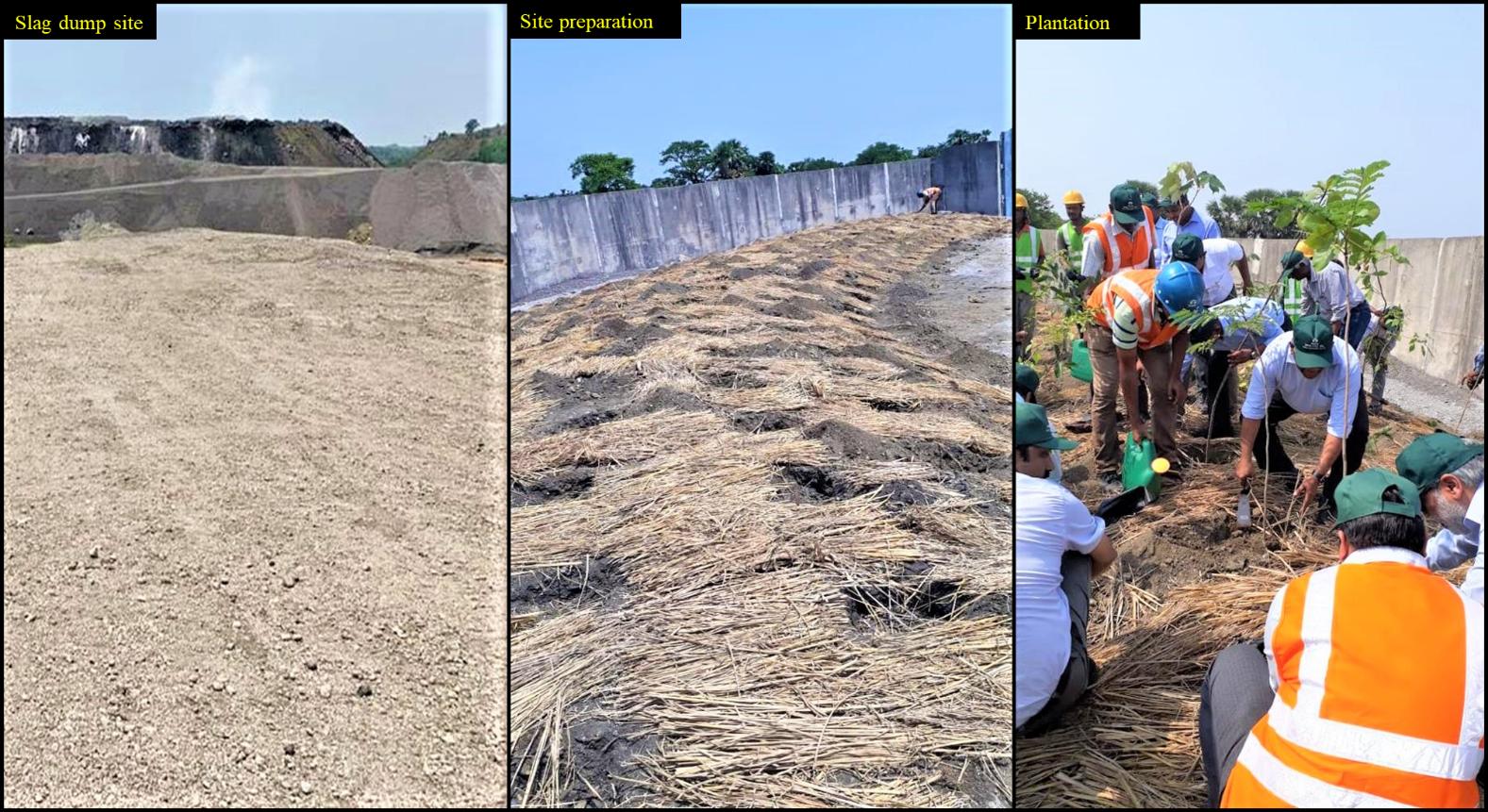 “Periodic administration of Panchagavya checked the problem of nutrient scarcity while mulching helped retention of water and nutrients. In a span of one year, we witnessed the growth of a self-sustaining mini-forest, dominated by plants belonging to the family Fabaceae and Sesbania grandiflora. The plants with long root systems could utilize the steel slag with their roots penetrating up to a depth of 2 m from the ground surface, thus reducing the effects of groundwater contamination and surface runoff of water in the monsoons,” remarked Prof. Pathak. 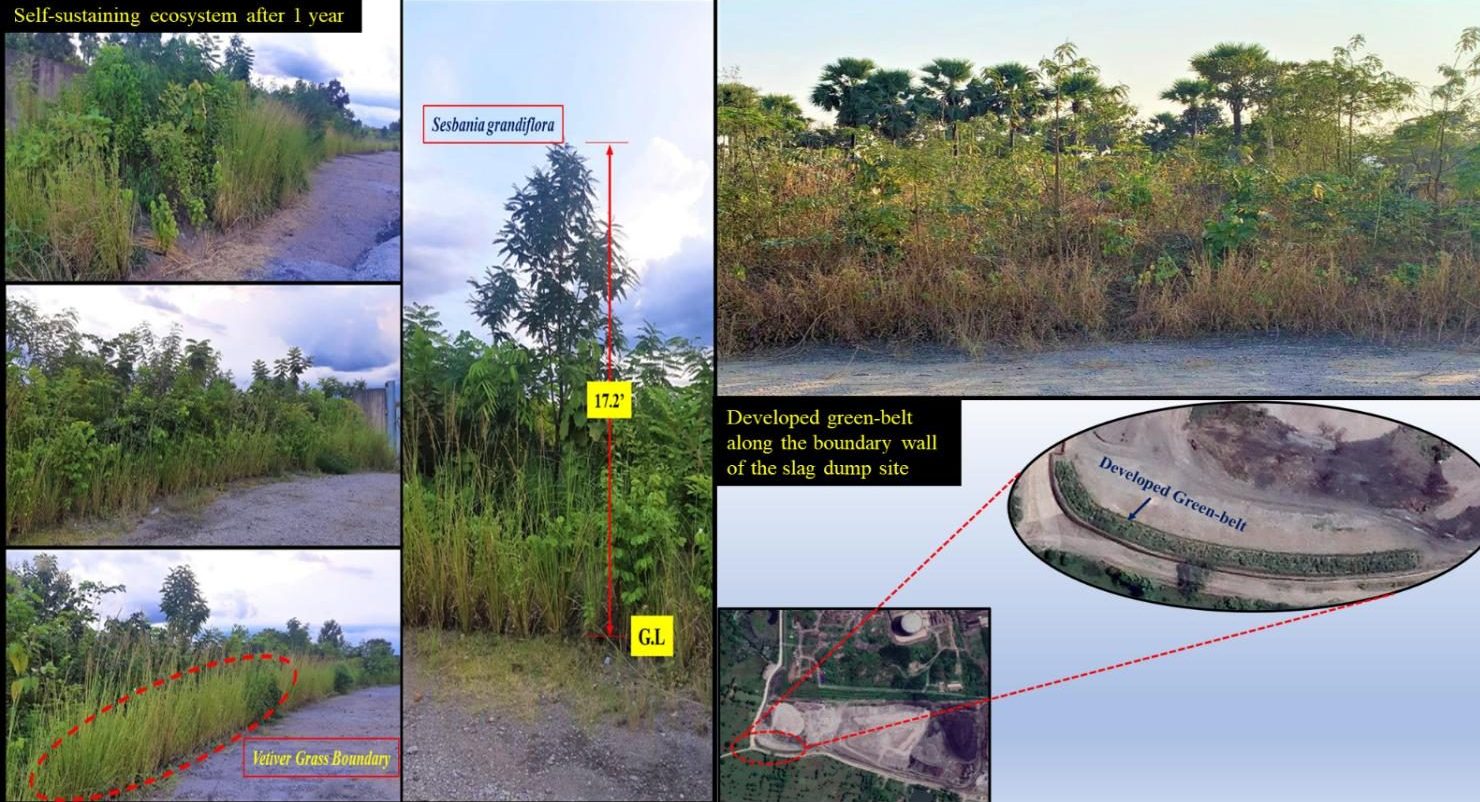 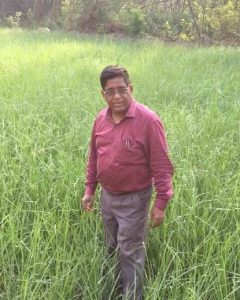 “Vetiver grass was used as a boundary for the plantation to check migration of nutrients. This grass if grown over the slopes of the slag dumps will further check the fugitive emissions and thereby reducing air pollution and erosion of slag onto adjacent habitations,” he added.

The process led an unsupportive steel slag dump to a self-sustaining primary succession over it.

The success of the present project has helped the industry to not only comply with the mandate of the Ministry of Environment, Forest and Climate Change, Govt. of India, but will protect the neighboring villages from airborne dust to a certain degree in addition to the usefulness of the vegetation developed to the villagers. Prof. Pathak earlier demonstrated stabilization of dump slope and prevention of erosion at the  Joda Mines in the Barbil region, which witnessed regeneration of thick vegetation cover. In another demonstration, a horticulture field was developed at Sonepur Bazari waste dump under a CSR project.

The approach established if implemented across such sites in the country would benefit millions of people leaving around the mining region. The damage caused to nature by anthropogenic activities can be repaired permanently following nature’s own way to heal. Restoration of the post-mining mine site is now mandatory, the approaches demonstrated contributions to the rural economy as well as to the regeneration of natural resources for the benefit of a large number of people of present and future generations.

The demonstrated methodology also has the possibility to eliminate the need for expensive geotextiles developed in the country using imported technology, opined Prof. Pathak. He further added about the replication of the process for municipality waste dumps.

“Development of a vetiver grass field could be beneficial for urban wastewater management as well as municipality solid waste dump sites. We had also demonstrated hydroponic vetiver for the containment of oil in refinery wastewater through an IIT Kharagpur and IOCL collaborative project at the Bongaigaon refinery,” he remarked. 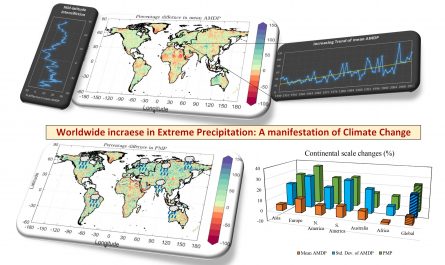 Worldwide increase in extreme precipitation: A manifestation of climate change