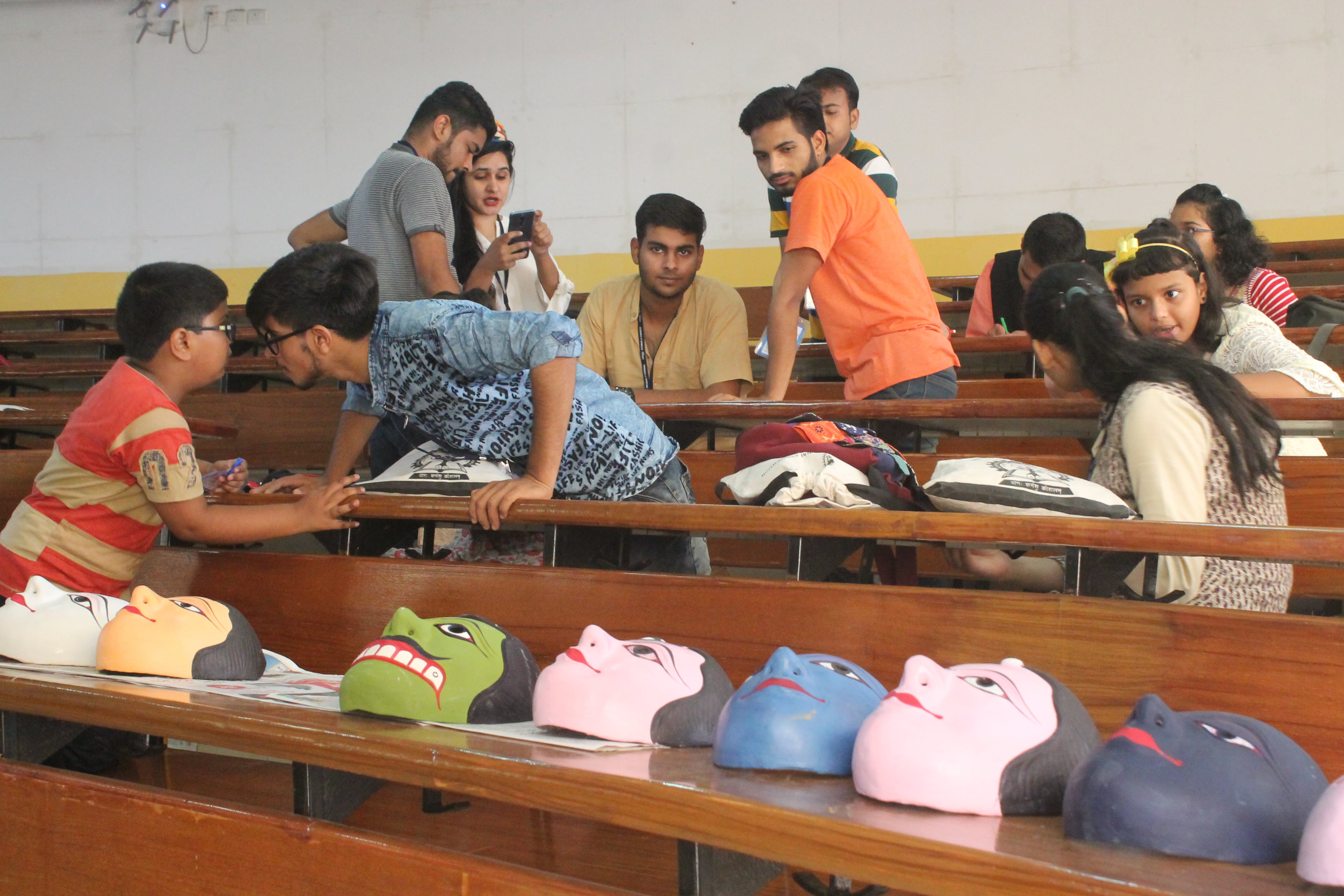 SPIC MACAY’s 6th International Convention held at IIT Kharagpur ended on a high note on June 9 with an all-night concert that saw the performances of some of the biggest names in Hindustani classical music. The evening of June 8 began with Pandit Ulhas Kashalkar’s inspiring rendering of several khayals in his unique style and Vidushi Shruti Sadolikar giving the audience a taste of some rare ragas like Raag Mukhi. And it ended with Pandit Ajoy Chakraborty’s soulful thumris, Pandit Kumar Mardur’s and Ustad Wasifuddin Dagar’s gayaki transporting the audience to a different plane in the wee hours of the morning.

For the participants, many from beyond the borders, even as far away as Belarus, it has been an experience of a lifetime. They have not only seen the greats perform on stage, but have also spent a considerable amount of time learning directly from them in intensive classes spread over a week. The Times of India was a media partner of the event.

In IIT Kharagpur’s Nalanda complex, one of the biggest such classroom complexes in India, the youngsters trained extensively in 40 intensives/workshops going on simultaneously in the classrooms. They could either learn Fado (a form of Goan music), weaving, Sanjhi paper cutting, Kangra miniature painting, myriad other forms of art or violin, puppetry, yoga and dance. Or music from no less than Ustad Dagar, Guru Mohan Singh Khangura and Pandit Mardur.

“You can go on for 10 years and not learn anything, and you can spend just 6 days and learn a lot. It all depends on your attitude and from whom you are learning,” said Sharmila Biswas, the famous Odissi exponent, while taking a break from her class with 30 or more students.

Many of them were from the National College of Arts, Lahore. “We have never seen any of these dance forms,” said one of the girls. On being asked what she felt being at IntCON ’18, the Pakistani participant said, “We are the same people, are we not? You have the same creative impulses as we do, and we dress the same way.”

The youngsters gave presentations of what they had learnt in the afternoon of June 8. There was not one that failed to impress. The Kuchipudi presentation put up by the group under the tutelage of Vasanthalakshmi Narasimhachari was so good that it left Ustad Dagar, who was in the audience, ecstatic. “IntCON has been a unique experience for all of us, and we are thankful to Dr Kiran Seth for spearheading the mission.”

Intcon ’18 has seen the staging of Kaifi aur Main by Shabana Azmi and Javed Akhtar. Anjolie Ela Menon, one of India’s greatest contemporary artists, gave a lecture-demonstration on her art. There have been innumerable performances by artistes of both classical and folk arts.

Prof. Joy Sen, Head, Department of Architecture and Regional Planning at IIT Kharagpur and Co-Convenor of the event and Prof . Arnab Roy, Convener of the event, said, “With an assembly of close to 1,300 people, hundreds of volunteers, many great artistes, and the robust participation of IIT Kharagpur’s own community, the campus has been a melting pot of different cultures and peoples. IntoCON ’18 has brought together the micro, meso and macro traditions of India.”

Dr Seth, the founder of SPIC MACAY, pointed out that volunteers have been the backbone of the movement. “We want our volunteers and young participants to learn that there is a domain which is non-transactional… where what you get is much, much more than what you give. The celebration and promotion of art that our organization does is one such domain.”