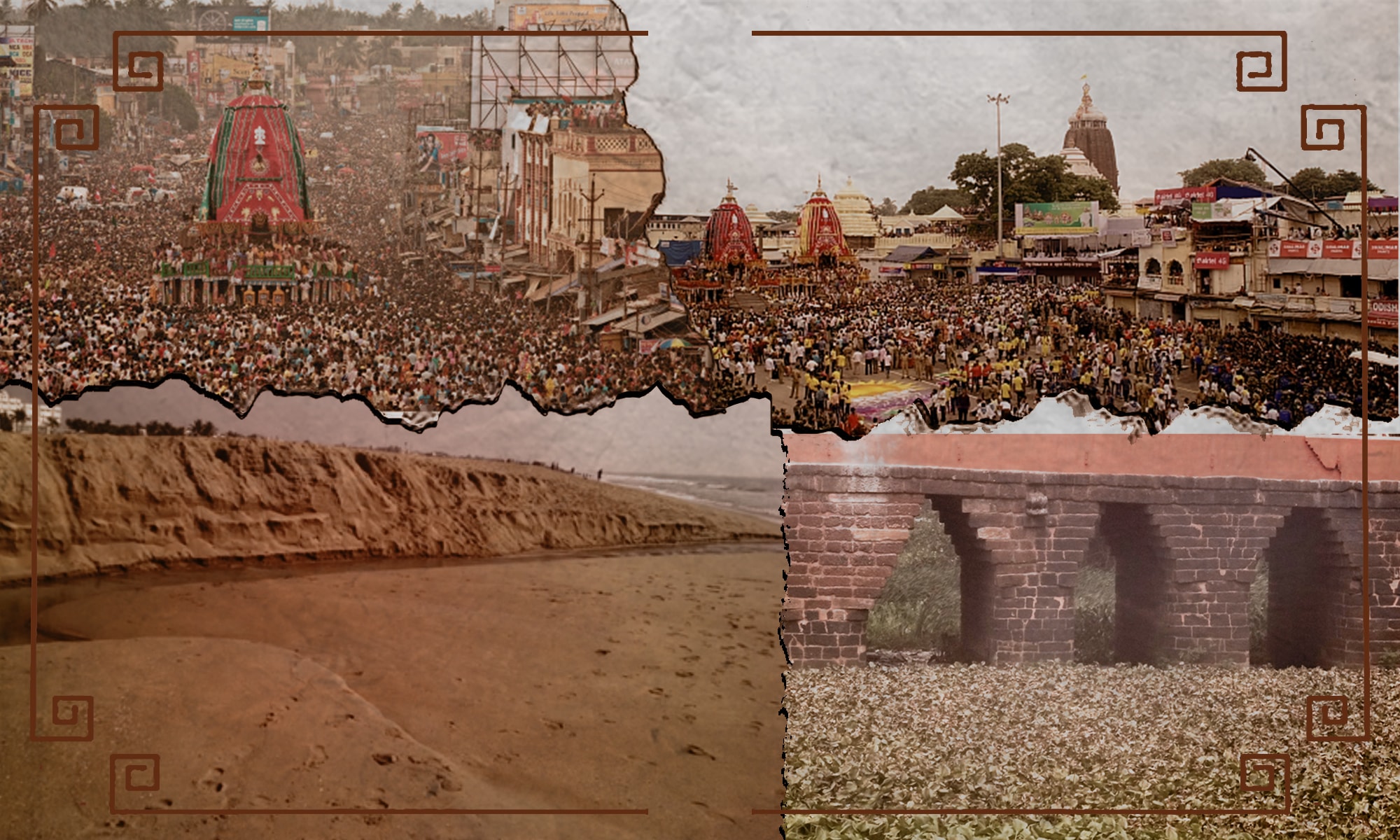 The recent findings of a team of IIT Kharagpur researchers are bound to add to the aura of the ancient town of Puri, which is also a favourite tourist destination. Researchers from IIT Kharagpur have found evidence that show that the mythical Saradha river, which finds mention in ancient literature, indeed once flowed through Puri in Odisha.

The trail of this palaeo-channel, or remnants of a once active river or stream now buried by sediment, has been unearthed both beyond and within the heart of Puri town using an integrated study of geology, satellite imagery and ground-penetrating radar or GPR survey.

Many ancient and historical texts refer to a river named Saradha that flowed across the present Grand Road (Badadanda) between the Jagannath and Gundicha temples in Puri, and divided the town into two parts. The aim of the study had been to find if such a palaeo-channel existed, and to see if this corresponded to the ‘lost’ Saradha river of the ancient texts.

Through their interpretation of complex data and field validation, the team of researchers – which included both geologists and social scientists of IIT Kharagpur – has found indications of an extinct river valley, about 128 metres wide, that existed across parts of the Grand Road. The team has also deduced that a large, sinusoidal water body near the sea beach at Puri may represent the last remains of the dried-up channel.

The report, the result of the study conducted by Subhamoy Jana, William Kumar Mohanty, Saibal Gupta, Chirashree Srabani Rath and Priyadarshi Patnaik of the Department of Geology and Geophysics, and Department of Humanities and Social Sciences of IIT Kharagpur has been published in Current Science journal (VOL. 115, NO. 2, 25 JULY 2018), says, “Integration of all these features suggests that a river once existed between Jagannath and Gundicha temples in Puri town…. This river, or a distributary channel emanating from Dhaudia river flowed through Puri town and ultimately reached the Bay of Bengal…. This channel can be correlated with the mythical river Saradha described in ancient texts.”

Several Puranic texts mention the river Saradha while talking of the genesis of the Jagannath Temple. According to Skanda Purana, Brahma Purana and Kapila Samhita, King Indradyumna of the Vaishnava tradition constructed a temple on the Blue Mountain or Neelachala/Neelashaila, where he installed the wooden idols of Lord Jagannath, Balabhadra and Devi Subhadra made from the wooden log floating on the seashore that he found on the guidance of the Lord.

Saradha finds mention in Madala Panji, an official chronicle of the Jagannath Temple. The Katakarajavamshabali, a compilation of historical records preserved in the temple archive since the early part of 19th century CE, also refers to a river between the Jagannath Temple and Gundicha Temple. Folklore says Lord Jagannath had instructed the wife of the Raja of Puri, Narasingha Dev, in a dream to close the river by filling it with sand in order to make the Rathayatra smoother. The riverbed is also referred to in various poems of the 16th–18th century CE poets that mention the sacredness of the sand (Saradha Bali) of the river bed in the vicinity of the Gundicha Temple. This continues to be a sacred place of pilgrimage in Puri.

The researchers have used various satellite imagery manipulation techniques – band combination, NDVI, MNDWI, linear spectral unmixing algorithm, density slice and spatial profiling. This became even more necessary given that a large part of the study involved investigation of the dense human settlement in the heart of Puri town.

Prof. William Kumar Mohanty of the Geology and Geophysics Department of IIT Kharagpur, who was one of part of the team, says, “Delicate indicators like moisture content, vegetation pattern and thermal changes matter in detecting the existence of river channels below the ground. It is no problem in open spaces, but investigating the urban, densely populated, built-up area of Puri proved to be the most challenging task for the team.”

Using a similar methodology, IIT Kharagpur researchers have also recently identified the palaeo-channel of another ancient river, the Chandrabhaga, in proximity of the Sun Temple at Konark. Both the investigations are part of IIT Kharagpur’s larger project under the SandHI initiative, funded by the Ministry of Human Resource Development (MHRD).

The IIT Kharagpur research team believes that the identification of these abandoned river channels is important as they may help in unearthing freshwater pockets within the densely populated areas of the city in the coastal region. In addition, they may also show potential natural pathways for channeling of the drainage system.

The team is of the opinion that the Saradha river was a part of the Mahanadi distributary system and may have dried up simply on account of sand dune migration. Artificial filling of the Saradha channel with sand in the late 14th century, in order to smoothen the journey of Lord Jagannath’s chariot from the Jagannath temple to the Gundicha temple, perhaps removed the last remaining surficial evidence of the river.

Thrust to 5G and AI

One thought on “And quiet flows the Saradha”