Get COVID Advisory in Your Language 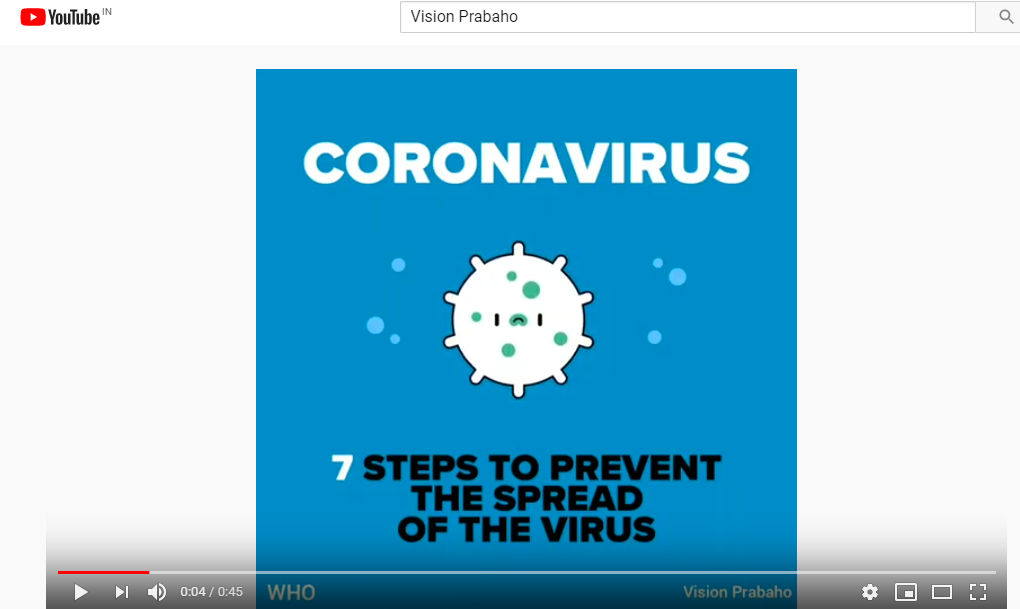 As the world is battling CoronaVirus, IIT Kharagpur is exhibiting its unique creative energy and cautious optimism at this crucial time, demanding our endurance and responsible behaviour. The Institute and its stakeholders on the campus are contributing through a wide range of initiatives, from helping students with their academic coursework to increasing public awareness about COVID19, to creating hygiene resources and meaningful online engagements. In one such initiative, Vision Prabaho, a students group known for its environmental activities on the campus has taken up the responsibility to help common people understand the precautionary advisory issued by the World Health Organization (WHO) to counter COVID-19.

“Linguistic diversity in spreading the government and WHO advisory was much needed especially on digital media which is accessed by an astounding billion plus Indians. We thought it would be imperative to help increase the reach through messages in vernacular languages,” said Biswaroop Mondal, a student member.

Initially the Vision Prabaho translated the message in Bengali for the local people. However, on watching the video on YouTube other students from IIT  Kharagpur came forward to translate the message in their mother tongues. Within a day videos were produced in five different languages and in another two days the count reached 12. 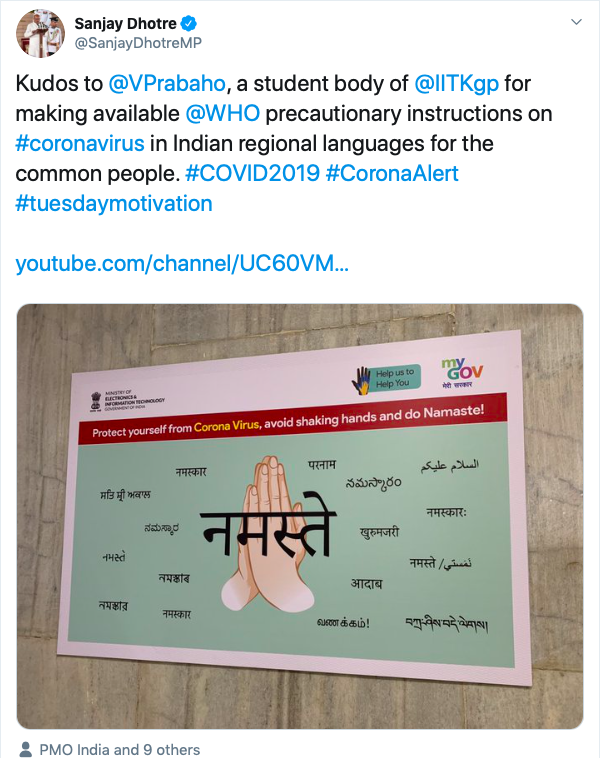 The students recorded the script with a smartphone and sent it to Vision Prabaho which they incorporated as voice over to the WHO video again using smartphone app and available software.

The twenty-member student group from IIT Kharagpur even found a special mention in a social media post by Shri Sanjay Dhotre, Minister of State for Human Resource Development, Communications and Electronics and Information Technology, for their noble initiative which can benefit billions of Indians.

“We are trying to incorporate more editions of the video in other regional languages by reaching out a diverse linguistic group and resources to translate the video in languages such as Maithili, Alchiki, Nagamese, Kokborok and more,” said a student member.

The students are also working towards developing interesting creatives on Do’s and Dont’s in regional languages. A key initiative the team is working on is to develop Do-It-Yourself instructions for making hygiene kits such as masks and hand sanitizers.

Recently, a group of researchers at IIT Kharagpur’s School of Medical Science & Technology have also developed alcohol based hand sanitizer following guidelines recommended by WHO for use by emergency and essential staff on campus. The Institute has also ordered for masks designed by the healthcare authorities of the campus and made locally.