If you happened to visit the Mechanical Engineering department or the Microfluidics Lab recently, you would have found a teenager deep in conversation with the research scholars. Not unusual? Then consider the fact that this young girl, not yet out of school, had travelled all the way from Singapore and elected to do her summer internship at IIT Kharagpur to resolve a question that was bothering her – to do engineering or not?

It is not that such a question has bothered only Tanushree Banerjee – our visitor, who is presently a Grade 12 student of Singapore’s United World College of Southeast Asia. But it is unlikely that the answer to it has been as proactively sought. Tanushree had been mulling over the question for the past several months. In the course of these months, she not only established contact with IIT Kharagpur faculty for subjects she was most interested in, but thought up concrete projects and also read up on tonnes of prescribed reference material before landing here to spend a fortnight.

Acting as her Man Friday was her father, Kaushik Banerjee, a KGPian himself who obviously was delighted with where the inquisitive bent of his daughter’s mind was leading. A Mechanical Engineering graduate of the 1997 batch, whose father and uncles have been KGPians, Kaushik had always wanted his family to be in close touch with that exalted period of life he had so frequently brought up in conversations at home –his time at IIT KGP. When his daughter mouthed the word ‘engineering’, it was time to act.

Phone calls followed and then skype calls, and within no time, the much awaited summer happened.

Tanushree worked on three projects at IIT Kharagpur – building a thermoelectric cooler (TEC) based refrigerator, developing a numerical code for optimal design of heat sinks, and working on the development of a low cost glucometer. The first two were conducted at the lab of Prof. Anandaroop Bhattacharya, and the third at the lab of Prof. Suman Chakraborty.

“Prior to coming here I was in contact with Prof. Bhattacharya and asked him for reading material to understand more on my projects. Once here, I was introduced to Prof. Chakraborty,” said Tanushree, “I told him that I wanted to know more about the interdisciplinary nature of engineering and how different fields can come together. He assigned me to the medical devices project – the glucometer…They are devising one that can be sold in the market for one fifth the present price of a glucometer in the market.”

It was this interdisciplinary nature of engineering that she saw at IIT KGP that has most fascinated Tanushree. “In school, we are just reading about concepts but we never see how things fit in, how you can really build a real thing… but then everything may not come together in a way we have pre-planned or foreseen. That is why engineering is so complex…”

Each day, Tanushree started work around 9 am in the morning, and then changed her routine to suit the timings of the faculty and senior students who would be helping her. She mainly interacted with MTech and PhD students. “They were the main people explaining whenever I had questions.” She also did sat in one of the induction program classes for incoming B.Tech. students on aerial robotics and found it “quite interesting”.

Prof. Chakraborty said about Tanushree’s keen interest, “She has been outstanding in her inquisitiveness as well as ability to grasp entirely new things in such a short time. With the help of my students, she learned the tricks of the trade of developing a low cost glucometer, a technology patented by our group, with remarkable passion and ease. Her dedication in research related affairs at such a young age is commendable.”

Tanushree will be presenting her projects to her class mates. Her school encourages students to spend the summer in meaningful internships in the field they want to pursue. But she may have taken on a lot, agrees her father who is happy that his daughter got to experience the life he had lived twoa decades back and got her hands dirty in the lab as she had hoped for. “Although she might not end up writing the JEE exam, but at least she was as close to living the life of a KGPian as possible and going through the same motions as I had a little over 20 years back,” said the proud father, who himself attended a class on conduction heat transfer trying to re-live his student days. Only this time, the teacher was his classmate from 1996.

So what is Tanushree’s takeaway from IIT Kharagpur, I ask. “I realized that I enjoyed engineering and am a little more sure than before that this is the field I would enjoy studying. I also learnt how research is done in real life. For example, in Prof. Chakraborty’s project, Computer Science is needed for image processing while Mechanical Engineering is needed to study how blood travels.”

I push her a little. Would it be engineering or research then? “I am interested in engineering but I also like the idea of research in engineering. I would like to build something tangible…not sure whether this would be research in academia or industry,” she says a little shyly.

When Tanushree is not doing science, she is reading science. She loves to read dystopian science fiction, but yes, she does everything that other teenagers do, like hanging out with friends and watching films. 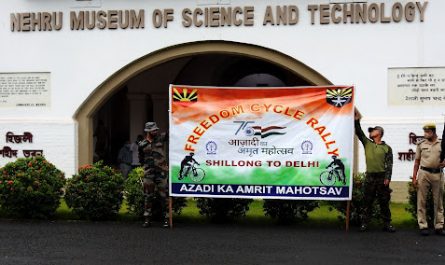 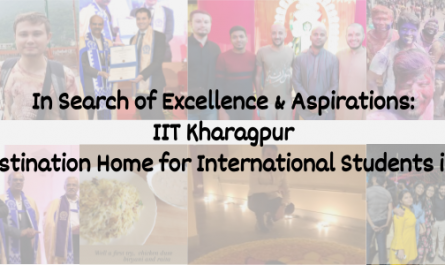 4 thoughts on “Engineering is fine”