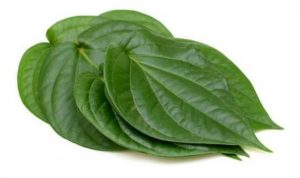 There have been many tales of Paan – in songs, history and literature, religion and culture for many millennia, across hierarchies of society, in South and South-East Asia. While the use of Paan as a mouth freshener is under the radar of health agencies for carcinogenic effects, however, the main component, i.e. Betel Leaf stays clear of health concerns. Rather it is considered beneficial in terms of digestion, stimulation of senses and fresh breath due to the presence of antimicrobial and antioxidant-rich essential oil.

Extraction of this essential oil from fresh and cured betel leaves is of high interest for industrial applications including medicines, cosmetics chewable mouth fresher which has a very large market in the world. However, the extraction processes suffer from low economic viability and wastage in the value chain of betel leaves.

Prof. Proshanta Guha and his research group from IIT Kharagpur’s Agricultural and Food Engineering Department have addressed this challenge by developing a novel betel leaf oil extraction technology that can improve the overall process efficiency. The extractor is capable of saving 44% of the time and 30% of the energy requirement while increasing the oil yield by more than 16%, as compared to the current process and apparatus popularly used. 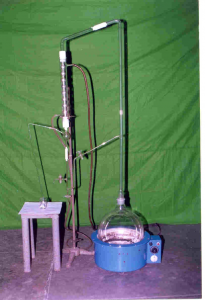 Describing the equipment, Prof. Guha said, “It is a distillation unit with special modifications for recycling evaporated water which carries the vapors of essential oil from the distillation flask to the condensation unit. It has also a special device to minimize the formation of emulsion for increasing the recovery of essential oil.”

The extractor was envisaged to be affordable to the betel leaf growers since the cost of fabrication of the extractor was calculated to be ₹10,000 and ₹20,000 for 10L and 20L sizes, respectively.

“This could be easily maintained by the small farmers and would also be sufficient for the processing of surplus leaves in any average-sized Boroj (~0.02 ha) on a daily or weekly basis. About 10-20 ml of essential oil can be extracted by one person a day using an extractor in three shifts. The price of the oil varies from ₹30,000/- to about ₹1,00,000/- depending upon the quality of the oil, Mitha variety being costlier than the other varieties,” Prof. Guha remarked.

For large rural installations, the researchers have tried to improve the efficiency further by insulating the heat-radiating portions of the apparatus with cheap insulators. Use of fuel requirement can also be reduced substantially if the byproduct i.e. de-oiled exhausted leaves are used as fuel. They have further developed Microwave heating-based equipment to improve the efficiency of the extraction process and to increase the yield of essential oil. In this attempt, the extraction process was completed within about 50 minutes. Thus, there was a saving of time and energy by about 76% and 43% respectively. 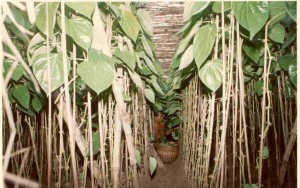 India produces betel leaves worth ₹ 9 billion per year grossing as the largest producer of betel leaf in the world. However, achieving profitability remains a crucial challenge as a minimum of 10% of the produce is wasted every year and a large portion remains unsold or sold at throwaway prices during the glut season.

“This extractor equipment is expected to check such wastage and channel the surplus for various industrial products. Further the equipment can extract essential oil from other organic materials as well,” confirmed Prof. Guha.

It has been patented and transferred to more than 20 government and private bodies and more are underway.

About IIT Kharagpur: Indian Institute of Technology Kharagpur is a higher educational institute known globally for its graduate output and affordable technology innovations. Set up in 1951 in a detention camp as an Institute of National Importance, the Institute is ranked among the top five in India and has been awarded Institute of Eminence by the Govt. of India in 2019. The key areas of research of IIT Kharagpur are Affordable Healthcare Technologies, Advanced Manufacturing, Advanced Transportation, Precision Agriculture and Food Technology, Cyberphysical Systems, Ecology & Environment, Mining, Water Resources and Architecture. The Institute is engaged in several international and national mission projects and ranks significantly in research output including 50-100 IPR filed annually and about 2000 research publications in top journals and conferences. At present, the Institute has about 750 full-time equivalent faculty members, more than 14000 students and over 70000 Alumni. For more information visit: www.iitkgp.ac.in