Do you think compact discs are devices of the past? May be for your laptops, but not for researchers at IIT Kharagpur who have redefined the use of CDs for low-cost medical diagnostics. Researchers from IIT Kharagpur led by Professor Suman Chakraborty from the Department of Mechanical Engineering have recently innovated a simple low-cost motorized spinning disc-based kit to perform Complete Blood Count (CBC).

CBC is a collection of the most commonly required blood tests that is routinely suggested by the medical doctors, to assess a wide range of diseases spanning from common fever to cancer. The existing methods for this test are prohibitively expensive in the tune of ₹ 200 for the underprivileged population due to the requirements of sophisticated instrumentation and trained personnel.

“We have proposed a unique low-cost kit comprising a motorized device as a blood cell counting platform. The device is a simple spinning disc running on a small motor which is capable of performing the test whereby the parameters such as haematocrit (packed volume of red blood cells), haemoglobin, red blood cell (RBC), white blood cell (WBC), and platelet counts are estimated with an accuracy higher than 95 % as compared to an automated haematology analyser,” said Prof. Chakraborty.

Explaining the methodology, Ph.D students Rahul Agarwal and Devdeep Mukherjee said, “The method essentially exploits the difference in densities of cells for separation in a rotating disc due to centrifugal force and implements label-free imaging method for counting the separated cells within the spinning disc.”

The researchers highlighted on the biodegradability of the disc after using it for multiple sample testing.

“The design and fabrication techniques have been kept simple along with potential automation thereby making the device portable and eliminating the need of trained personnel. Most significantly, eliminating any need for downstream processing of the separated blood,” remarked Post Doctoral Fellows Arnab Sarkar and Arka Bhowmik.

This innovation is expected to bring down the cost of one Complete Blood Count test to about ₹10.

“Such an innovation of medical device may result in a paradigm shift in providing diagnostic services to the underserved rural population at large. The upcoming superspecialty hospital of IIT Kharagpur would operate in a hub and spoke model, and would use several of such devices to ensure improved reach of telemedicine and mobile healthcare to the last man of the society,” said Director V K Tewari.

Regarding commercial product development and availability, Prof. Suman Chakraborty reaching out to MSMEs.

“The Common Research & Technology Development Hub on Technologies for Affordable Healthcare supported by the Government of India’s DSIR aims to support growth & development of precision manufacturing of innovative technologies through MSMEs to reduce India’s massive import in healthcare technologies and their affordability and accessibility. The CBC kit will be a key product which could be licensed and be made market ready by MSMEs connected to this Hub,” he said.

More such healthcare technology commercialization is in the process confirmed Chakraborty. 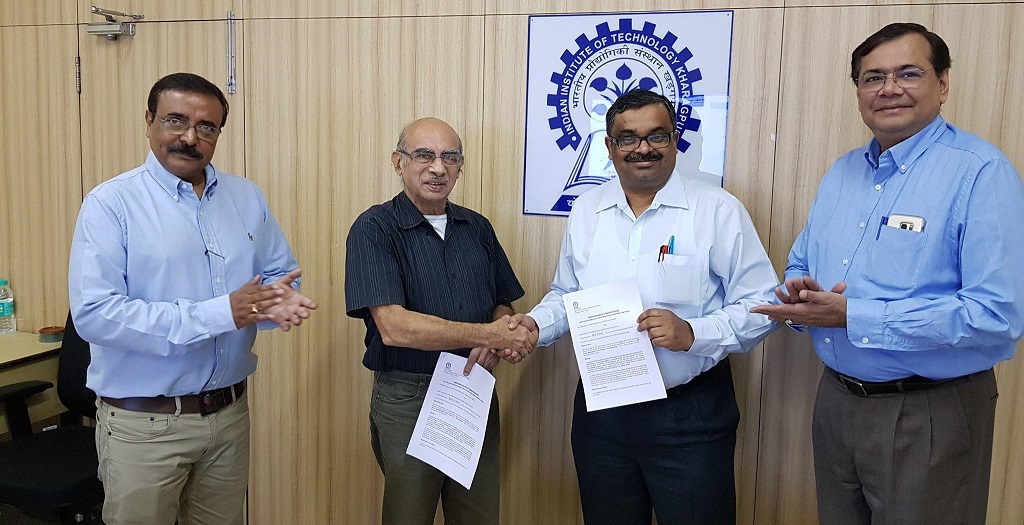