Although the government of India announced 100% electrification in December 2018, it admitted at the same time that it would continue to identify households left out of the scheme. According to an estimate, around 25 per cent of Indian rural households, that is, more than 45 million people, lack access to electricity. In fact, in some states like Uttar Pradesh, Nagaland, Jharkhand and Bihar, access to electricity is believed to be even lower.

The problem is not merely the fact that marginal people – many of them living in tribal areas, or forests or coastal areas – are yet to be connected to the power grid. Even if connected, there may be reasons why households are unable to enjoy the utility. Some of them are unable to afford it and thus drop off the grid. Others may find power connection disrupted for days, if not months, during natural disasters.

IIT Kharagpur has a solution to the problem. In collaboration with the NB Institute of Rural Technology, which is steered by Dr Santi Pada Gonchaudhuri, and with funding from the Department of Science and Technology, Government of India, IIT Kharagpur has initiated a unique project to push for solar energy adaptation in marginalized rural communities. The PV integrated ‘Micro Solar Dome’ helps to light up the homes of those who have either fallen off or are not connected to the conventional power grid or face irregular power supply for some reason.

Around 20,000 MSDs are to be installed in the first phase stretching from November 2019-February 2020 in the first phase. Some MSDs have already been installed as preparatory work by NBIRT in villages in Agartala and Fani affected villages at Chandaka, Odisha. IIT Kharagpur has visited several villages in Odisha, Tripura and West Bengal for reconnaissance work. The installation work will be done in association with NGOs and other stakeholders. Some 30 NGOs have been identified in 10 states for the work. A team of close to 30 from IIT Kharagpur, including the PIs, and research students, is already involved in the project.

The MSD is a clean source of energy for both day and night and provides lighting 24X7. It captures sunlight through a transparent semi-spherical upper dome and concentrates it inside a dark room. The light passes through a sun-tube having a thin layer of highly reflective coating on the inner wall of the passage. So the MSD can light up dark rooms or dark passages even during the day.

The USB port, available on the MSD, also provides access to charging of mobile phones. It can also power a USB fan during hot summer months. The MSD is ideal of slums and rural houses.

The project intends to provide 44,000 MSDs in households of rural marginalized (SC and ST) communities in 11 states. Prof. Priyadarshi Patnaik, joint PI of the project on behalf of IIT Kharagpur, says, “The MSDs will be given to households based on their need. The project has two phases: in the first we will deploy and install these solar domes. The second phase will involve R&D both at the technical level and socio-cultural level.”

Prof. Partha Pratim Chakrabarti, former Director IIT Kharagpur, who is steering the project says, “The project aims not only in implementing PV integratedf Micro-Solar Domes in rural households of marginalized areas but also developing a social movement around it.”

The reason he says this is because detailed analysis and assessment will be a part of the project that will also mould itself according to the needs of the population that it is targeted to benefit. Not surprisingly, the project is termed “Socializing the Micro-Solar Dome: Empowering Marginalized Rural ST and Tribal Communities through Solar Illumination and Solar Electricity(EZI)”. There will be pre- and post-installation assessment and analysis of the life of the community. Based on the needs of the people and the need for adaptability, the MSD will also change.

Prof. Ashok Pradhan, the other joint-PI, explains, “We are going to enhance the basic model. We might go for a larger dome or larger battery capacity or might think of a detachable portable system which can be taken around.”

How it will empower communities:

The project is looking at ways to generate employment, for e.g. the installation of the domes would require around 400 fitters who have to be trained. Locals can be trained to repair and undertake necessary repair. Local manufacturers too could be trained to help in repair work.

Two, MSDs when fitted in community spaces, such as schools or the anganwadi, would not only help people to enjoy community space, charge their mobiles, but they would also help children study at night and help women who can congregate in these spaces to carry out activities.

Three, MSDs will further small scale industry as well. At Barhapeta, a tribal village in Odisha, where MSDs were installed by NBIRT earlier, the light at night was used to produce brooms, mats etc on a larger scale. 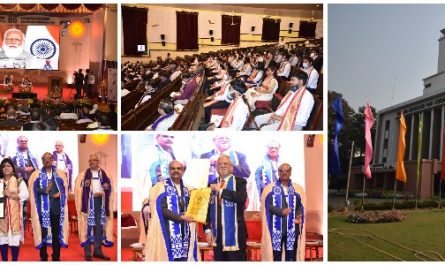