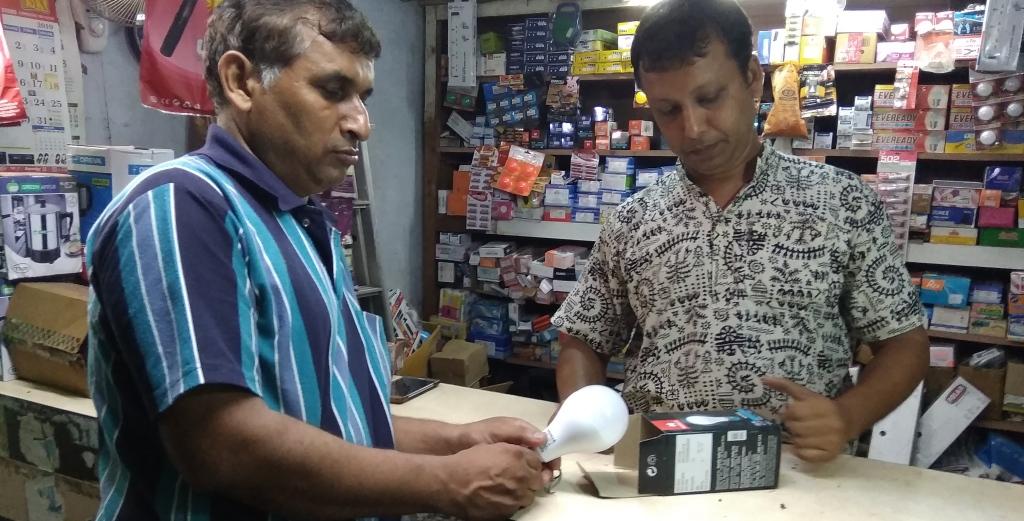 Are perceived risks making Indians shy away from eco-friendly LED lighting? – Researchers at IIT Kharagpur’s Vinod Gupta School of Management find concurrence in a study pointing out at consumer psychology and perceived high-cost factor which might be slowing down the growth of the Indian LED lighting market.

The UJALA scheme by Govt. of India had been aiming to make a transition to LED for all lighting needs by 2019. This could have helped the nation save over ₹ 40,000 crore a year. But looking at the sales figures in 2018, the market share of incandescent bulbs, CFLs, and traditional tube lights still exceeded LED lamps and TLEDs by 116 million pieces. Domestic consumers, who account for about 24% of the total electricity demand in the country, are skeptical and perceive a high level of risk when it comes to purchasing and usage of green products.

What is holding them back? Prof. Sangeeta Sahney and research scholar Sujit Kumar Ray from Vinod Gupta School of Management conducted a PAN India study which suggests financial, psychological, physical, and performance risks perceived by consumers as among the potential reasons behind such conservative buying behaviour, the financial and psychological risks being the key among them. (Access Full Paper)

An LED bulb costs almost 4 times of traditional tube light and close to 15 times of incandescent bulbs. Does the extra cost incurred in purchasing an LED light bulb match the benefits of energy efficiency as claimed? This is a question which a consumer often ponders on while making the buying decision at a retail shop and finally settles with traditional lighting systems, opines Prof. Sahney, based on the study. But LED bulbs are proven power savers with energy efficiency as 9 watts for light output requiring 15 watts and 28 watts in case of CFL and traditional tube lights. This leads to a reduction in electricity usage for an estimated period of 6 hours per day for 5 years to ₹ 493/- for LED bulbs as against the cost of ₹821/- and ₹1533/- for CFL and traditional lighting (assuming average unit cost ₹ 5) thus reducing total cost by 52% and the energy cost by 68%.

Another critical factor observed in the study was the Indian consumers’ psychological barrier in this transition to energy efficient lighting system. Since the technology is still new in the minds of the Indian consumers, they may not be fully aware of the effectiveness of the products available in the market.

“Consumers’ faith on green products get compromised when it comes to their purchase behavior due to their perception that green products have lower value, may not deliver performance as per expectation, and in no case are consumers likely to compromise on value, performance, and price,” says researcher Sujit Kumar Ray in his paper “Indian consumers’ risk perception in buying green products: the case of LED light bulbs” published in the Asia Pacific Journal of Marketing and Logistics recently.

Sujit and Prof. Sahney recommend nationwide campaign to increase consumer awareness regarding benefits of LED bulbs such as warranty available for LED bulbs or if rebates on electricity bills and promotional discounts can be offered to first time users.

Author of the paper may be contacted at sujitkumar@iitkgp.ac.in

Marching Towards a Smart Campus