The awardees include student innovators pursuing state-of-the-art scientific inventions, socially relevant discoveries and frugal manufacturing inventions. The awards in different categories ranging from healthcare to sanitation and waste management were given to the innovative students of various disciplines. Gandhian Young Technological Innovation (GYTI) Awards constitute of two categories of awards, SITARE (Students Innovations for Advancement of Research Explorations)–GYTI under Biotechnology Industry Research Assistance Council (BIRAC), Department of Biotechnology (DBT) and SRISTI-GYTI is given by Society for Research and Initiatives for Sustainable Technological Innovations (SRISTI). The awards and appreciation are given under these two categories to encourage technology students to move towards setting up Biotech and other start-ups. 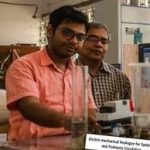 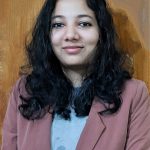 Monalisha Pattnaik, IIT, Kharagpur has developed a poly-unsaturated fatty acid (PUFA) and antioxidant-rich vegetable oil powder for a healthy heart. The commercial production of this oil powder does not require any complicated machinery and it can be fruitfully exploited by masses. 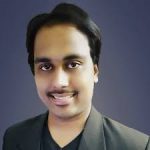 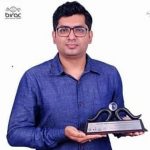 Under SITARE-GYTI awards, 250 entries from student innovators with potential for Biotech and life science start-ups were received in six categories from 96 universities and institutes across 23 states and Union Territories. More than 700 entries were received under SRISTI-GYTI in 42 technology domains from 270 universities and institutes belonging to 27 states and union territories. The online evaluation of the shortlisted entries was undertaken by the experts. The evaluation committee, in addition to many others, included hundreds of very eminent experts including vice-chancellors of Universities, Directors and faculty of IIT, IISc, JNCSAR, and DBT, CSIR, ICMR, and ICAR institutions. Fourteen awards and eleven appreciations under SITARE-GYTI were selected this year after a rigorous review process by eminent professors and scientists in respective fields. Seven SRISTI-GYTI awards and 16 appreciation awards were given. 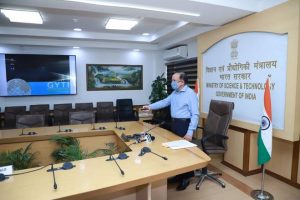 Dr. Harsh Vardhan, Hon’ble Union Minister, Ministry of Health and Family Welfare, Science and Technology & Earth Sciences recalled his association with the SITARE-Gandhian Young Technological Innovation awards since their inception in 2015. He found tremendous energy in the ideas of the students and suggested setting up a committee, which should plan to scale up this activity and the platform of techpedia.in and SITARE-GYTI to ten times in the next 365 days.   He suggested that a committee of secretaries of the Ministry of Science and Technology and other experts besides the team from Honey bee Network and SRISTI would work together to develop a concrete pathway for progress in a time-bound manner. He appreciated that many wards have gone to health-related innovations which will help in achieving Health for All. The translational solutions will thus have to be given importance and the whole ecosystem will have to be tailored to taking ideas of young minds to the field/ultimate user for inclusive and collaborative development.   He also recalled that during COVID-19, how young scientists from different labs and departments worked together to provide self-reliance in conducting almost a million tests a day as they did make a positive difference in the areas of PPE and ventilators as well.   When Indian scientists get together, they can surmount any problem, he added.  He also complimented the health workers and corona warriors whose untiring efforts to the cause helped in bringing our death rate to one of the lowest, our positive rate to a very low and the recovery rate to one of the highest in the world.  All this has become possible only because of the contributions of our scientists.  Science has solutions; science can boost the Prime Minister’s initiative for Start-Up and Stand-Up India.  He further mentioned that the support being provided to the young scientists by BIRAC, DBT, CSIR and other science departments must continue.  We must be able to make sure that the scientists can dream and imagine freely so that they continue to deliver.

Dr. Renu Swarup, Secretary, Department of Biotechnology, recalled the DBT’S effort in creating an inter-institutional and national mentoring network to support the young talents to help them hone their ideas further.  Several students mentioned the need for policy and procedural modulation to be facilitated for helping them in getting their innovative ideas materialized.

Dr. R.A.Mashelkar, Chairman, SRISTI Board and a long time well-wisher of the HB Network recalled the cover page of the GYTI Book in which the focus is on every young talented innovator finding  His/her own North Star, which will steer them towards their goal.  If every young innovator being recognized today identifies her North Star and pursues that North Star relentlessly, then there is no doubt that the Atmanirbharta will become a reality very soon.   It will also help the young scientists and young innovators to overcome various obstructions that may come in their way because when their goal is clear, it does not matter if it is far.

Dr. Shekhar Mande, DG, CSIR was very much appreciative of the work of the young talents shown today.  Many of the CSIR scientists have helped in reviewing the entries so that we could select the best ones for SITARE-GYTI Award, SRISTI-GYTI Award and also for the Appreciation bestowed today on remaining students who could not make to awards.  The idea of giving a fillip to the nascent innovations through such awards has caught on and there was a feeling today among all the members that we should learn from the innovative students and their outstanding achievements and mentor them to address the unmet needs of the country and the world.

The Minister referred to JIGYASA which is an effort of taking school students to the lab and in that context. The DBT Secretary referred to the initiatives that they are also taking to bring the school students from aspirational districts of remote areas and build their capacities and potential for pursuing the life sciences in their career.    He recalled the way the polio mission was achieved and therefore a similar determination, similar collaboration and similar coordination has to be achieved in overcoming the problems that we are facing today.

Dr. Manish Diwan, Head, BIRAC, while thanking all the students recalled that BIRAC is committed to take all their suggestions forward and ensure that all the awardees, as well as the appreciated students, get all the support from the system that BIRAC has created in the country through a partnership with various institutions like  SRISTI and Honey Bee Network to take them to the next level.