“Don’t be embarrassed by your failures, learn from them and start again”- Richard Branson

A Motivational Talk Show was arranged by Technology Students’ Gymkhana at IIT Kharagpur, where Mr. Hitesh Sharma, a renowned International Football Player as well as the current player of Hyderabad FC in Indian Super League, shared his aspirations, his struggle and his strive for the bigger picture. More than 45 students including NSO Football players and Inter IIT Football Team players joined the event. Undoubtedly, it was a great opportunity for the students to learn a lot from the real-life experience of Mr. Hitesh Sharma.

The guest speakers of the event were Prof. Somesh Kumar, the Dean of Students’ Affairs as well as Prof. Ajay Kumar Singh and Dr. Sushant K. Panda, the President and the Senior Sports Officer of Technology Students’ Gymkhana respectively. Mrs. Priyanka Singh, the Sports Officer of Technology Students’ Gymkhana, had taken an active role in conducting the event and Ms. Soumyata Khandelwal, the Institute Women Representative of IIT Kharagpur had hosted the seminar.

The event was commenced with the introductory speech by Prof Somesh Kumar. In his speech, he heartily welcomed Mr. Hitesh. In fact, he highlighted that IIT Kharagpur had bagged Gold Medal in the Inter IIT Sports Meet 2019 as well as stood 1st in Men’s General Championship. This was followed by an inspirational speech by Prof. Singh and Dr. Panda. Prof Ajay Kumar Singh had motivated the students to keep their sporting spirits up in these challenging times and demonstrated about the sports facilities in campus. He also mentioned about the initiatives taken by the institute in upgrading the campus sports facilities during the pandemic situation. According to Dr. Sushant K Panda, sports is the only place where a person could learn from failure. Failure is highly essential. As many as times a person would fail, he/she would get the opportunity to learn something better in their life. Success comes after numerous failures.

After this, the keynote speech was given by Mr. Hitesh Sharma. He shared about various incidents, the ups and downs in his life. Whenever he failed, he never gave up. In fact, he learned invaluable lessons from them and continuously struggled to achieve success. He emphasized on the influence of yoga in relieving stress during big matches and maintaining a healthy mental state of mind. In addition, he demonstrated about making use of GPS technologies, helping football players in regulating their body levels and designing an efficient fitness plan. With his humble words, he stated his key strengths are passion of learning and discipline. A student should develop a winning mindset. If a person has a winning mindset, then he/she could overcome the hurdles and needs to use them to motivate themselves to push forward to succeed.

According to the participants, the session was hugely inspiring and informative. In spite of the towering success of his, he proves to be extremely humble and grounded, which in real highly motivating. They got a clear vision of dos and don’ts of the game. The way Mr. Hitesh explained about his failures and how he escalated from there as well as stressed on the passion of learning more than earning money were really inspiring and influencing.

The event was concluded with an interactive question – answer session, followed by thank you notes from Prof. Somesh Kumar, appreciating the calmness and humbleness of Mr. Hitesh Sharma. 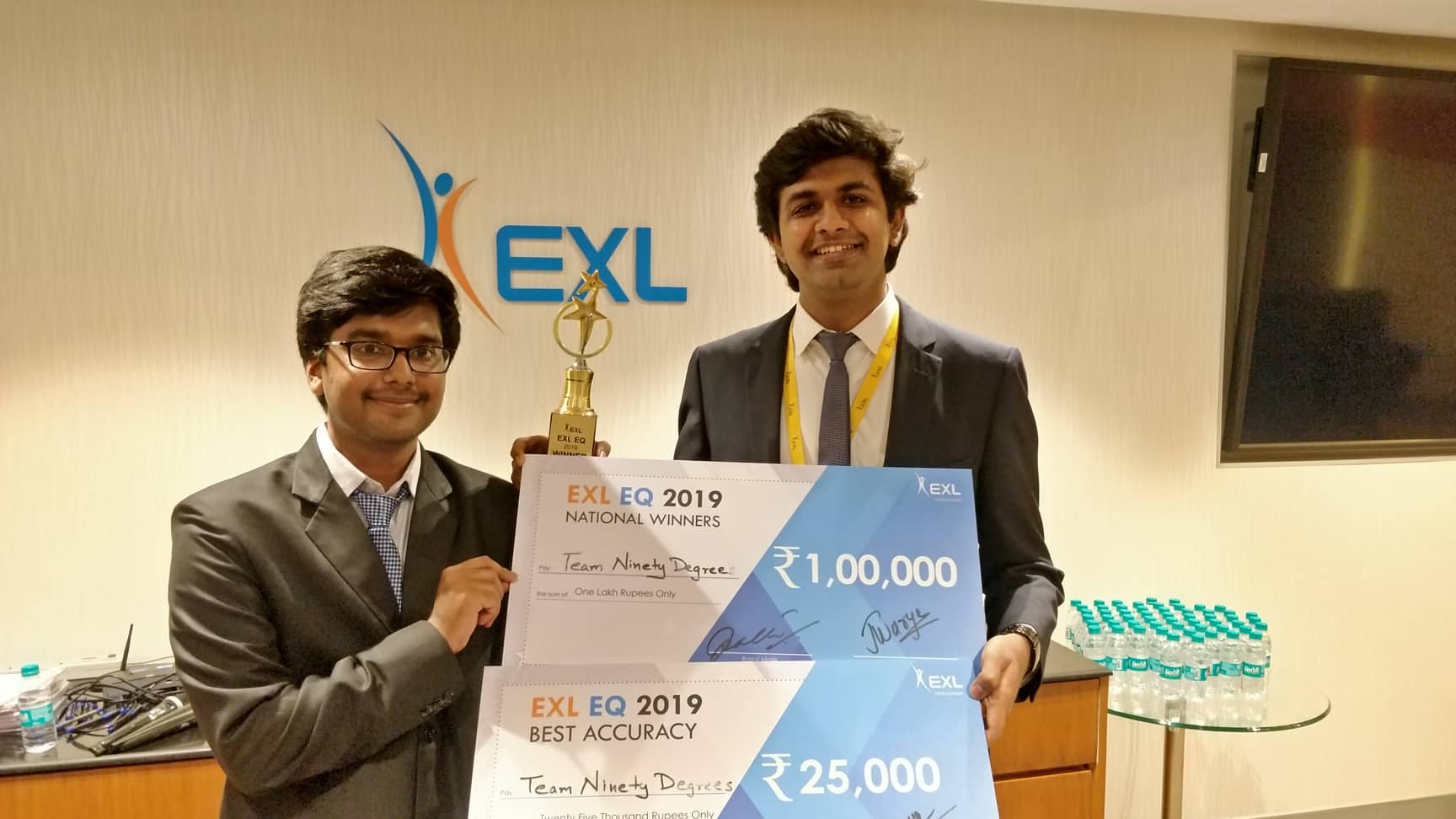