The Seasonality of Changing Times

Imagine to actually know the temperature when the ice age era began or the weather experienced by the residents of Dholavira in the Harappan era.What changes in climatology such as extreme heat or lack of rainfall had on our flora and fauna? What kind of temperatures led to the mass migration and then extinction of certain species of animal or plant life? Or to deduce the actual climate when the evolution of man actually began. The historians have faced challenges, tracing ancient seasons and climate change that have been referred to only in the history books or other archaeological artifacts.

A team of researchers from IIT Kharagpur and Deccan College PGRI Pune has developed a new technique that can precisely retrieve the past seasonal change in Sea Surface Temperature (SST) from calcium carbonate continuously secreted by biological organisms like fish. These carbonates are concentrated in fish ear bones, known as otoliths.  The paper titled, “Isotopic analysis of otolith carbonates using laser heating : A fast method for obtaining high resolution climate signal,” was recently published in the prestigious Journal Rapid Communications in Mass Spectrometry published by Wiley. The study was funded by the INFOSYS foundation. The method is very rapid and can be used in any kind of biological organisms like coral or snail shell and has vast potential in climate studies. Instrumental climate records are not available at every place. 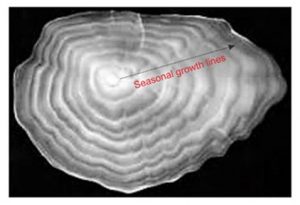 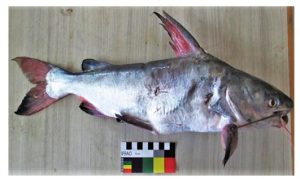 If anyone wants to know, for example, how the temperature changed over the week to monthly scale during the last several years in deep tiger infested creeks of Sundarban delta, one can go catch a live fish that recorded the past climate. The key problem in modelling past climate is lack of seasonality data principally because geological or archaeological records do not provide that kind of resolution. They provide only the mean state of climate and over a thousand year time scale. Seasonality in SST controls the hydrological cycles, much like tree rings reveal conditions the tree grew up in. Hence information on past seasonality in SST or rainfall are important for validating model climate simulations. 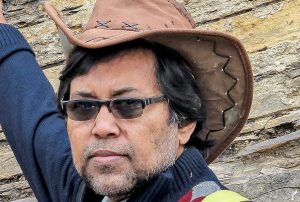 The Lead Investigator Prof. Anindya Sarkar, Department of Geology & Geophysics, IIT Kharagpur remarked, “The method is primarily to ascertain seasonal change in Sea Surface Temperature (SST) recorded in otoliths. The current method indicate a range of possible temperature or mean temperature.  We have employed a novel technique where few millimeter size otoliths are analysed by a carbon dioxide laser at few micron scale intervals for measuring their oxygen isotopic compositions. The isotopes of oxygen in these otoliths depend on the temperature of the water in which the fish grew and therefore record continuous snapshots of past temperature during the life time of the fish for years. The study is giving us monthly data of temperature. Apart from temperature, this method can also retrieve the variations in carbon cycle, controlled by bio-productivity in the ocean” 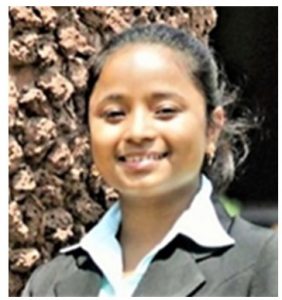 Torsa Sengupta, Ph.D. student at IIT Kharagpur and the lead author of the paper said, ”We actually caught large live catfish Arius sona from the Gulf of Kutch and extracted its otolith and analysed it in the laser system developed in our laboratory. Our results from these otoliths exactly mimicked the seasonal variation of SST in Gulf of Kutch. Apart from temperature, this method can also retrieve the variation in the carbon cycle, controlled by bio-productivity in the ocean.” 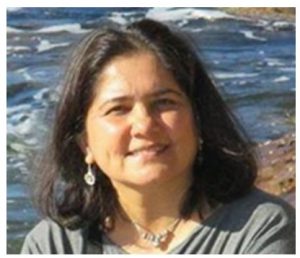 Dr. Arati Deshpande Mukherjee of Deccan College who collaborated in this research stated, “We are studying the five thousand year old fish otoliths from Indus valley sites to assess how the seasonality through time affected the growth and collapse of this spectacular civilization. We knew through our earlier studies that monsoon and a global drought over a few thousand years played pivotal roles but we have yet no idea how the climate system behaved over a seasonal scale. This will be very important for studying climate sensitivity to seasonality.”