Highlights of the Research

With an ever-increasing population and the economy, the gap between power demand and generation is also increasing worldwide. The power sector has to bridge this gap. One way of tackling such a situation is by developing large-scale energy storage systems. These systems store the excess energy when the power supply is in excess of demand. The stored energy is then released when the demand for power increases.

Cryogenic Energy Storage (CES) system is one of the alternatives for energy storage.

Compared to the more common energy storage technologies like pumped-hydro, compressed air energy storage systems, the CSE system offers advantages because it is scalable, not location-specific, clean, and sustainable with virtually no cost for working fluid (air) and no greenhouse gas emission.

A typical CES process involves two alternately operated charging and discharging processes. In the charging process or a liquefaction process, the air is liquefied by using the excess power to compress the ambient air to high pressure of about 120-150 bar and stored. During the discharging process or a power cycle, the stored energy is released during the deficit period of power by first regasifying the liquefied air to high pressure (about 150 bar), and then expanding this compressed air to run a turbine for power generation.

Hitachi, a Japanese multinational conglomerate, developed and demonstrated similar versions of the CES system using air. However, the energy storage efficiencies of these systems were not comparable with those of the prevalent energy storage technologies. In 2006, UK-based company HighView Power® started developing a modular liquid air energy storage system that was scalable to gigawatts-hr of energy storage and could be taken to the customer site. Using the equipment available in the conventional power, and oil and gas industries, they obtained a significant increase in the turnaround efficiency (ratio of energy output to energy input).

Through our work, we demonstrated that the turnaround efficiency of the CES system would get enhanced by:

A prototype of a packed-bed-based waste-cold storage method using commonly found and cheaply available pebbles has been developed at a laboratory scale. This was found to be the most critical to the successful implementation of the process modifications as observed in the study of operability of the modified process by process simulation.

A plant with the afore-mentioned modifications was shown to have not only higher overall turnaround efficiency, but also a lower payback period than a plant not using waste heat and refrigeration.

A patent has been filed already. 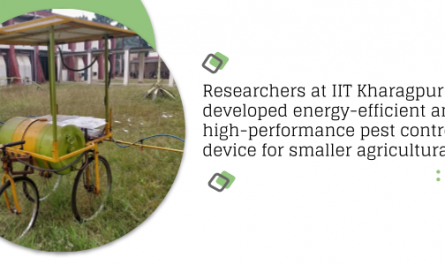