Nature is made up of elementary particles, the interactions among them being manifested as forces of various kinds. A modern language to describe these phenomena is provided by quantum field theory, which is based on a set of relativistic fields. Within this framework, particles typically emerge as excitations over a (quantum) ground state, and macroscopic forces arise due to the exchange of particles. For instance, for the all so well-known case of the electromagnetic force, the associated particle is the photon, whose exchange between a source and a sink leads to their apparent ‘feeling’ of mutual attraction or repulsion. The photon in turn could be described by some of the components of a four-vector field in spacetime. To emphasize, the properties of this quantum field and hence the dynamics of photon are studied on a fixed spacetime (flat or curved), which has no role other than providing the background stage for these fields to thrive. This is an acceptable description, since gravity is the weakest of all the fundamental interactions, and may be treated as a passive(non-quantum) spectator, unlike the other interactions which are the main actors and are to be perceived as genuinely quantum.

However, if we need to primarily deal with gravity, then it is reasonable to demand that the same framework based on quantum fields should account for gravitational interactions as well. The gravitational attraction or repulsion then must emerge as a result of the exchange of particles similar to the photon. Einstein’s theory tells us that classically, gravity is essentially the manifestation of a nontrivial curvature of spacetime geometry. This necessarily means that in a quantum field theory of gravity, spacetime itself cannot be treated as an inert object as in the earlier case. Rather, it must be composed of a fluctuating quantum field on the top of a fixed spacetime. This implies a quantum spacetime that is dynamical as a whole and is not the nonchalant backdrop anymore. The fluctuating field is the graviton, the precise analog of a photon. With this realization, quantum field theory could provide a universal framework applicable to all the fundamental interactions in nature.

However, as it turns out, there are conceptual as well as technical difficulties in doing this, and that is the reason why quantization of gravity continues to be an open yet captivating problem. This picture with a graviton leads to infinities in physical quantities in a way that is beyond any control. In technical parlance, this is known as the ‘non-renormalizability’ of quantum general relativity.

It is still possible though that invoking a graviton might not be the only way to think about quantum gravity. Are there a better set of fields for classical gravity whose quantization might give a better result? Or is it that the standard formulation of quantum fields is not suited for gravity, because spacetime itself fluctuates, unlike the standard case where matter fluctuates on a fixed spacetime? We do know that quantum mechanics is developed around calculable answers to questions such as what is the probalibility amplitude for a particle to go from one spatial point to another between some initial and final time. However, such a question could be meaningless in quantum gravity, where time itself must emerge as a part of the dynamical quantum spacetime and the initial or final instant might not have a unique meaning.

Questions such as above are what have essentially been driving some of the past and current research in quantum gravity. Moreover, the fact that classical general relativity predicts singular solutions such as black holes adds to this spirit that what we need is a more general edifice, very likely to be provided by a nice and healthy quantum theory of gravity. The rebel of course could take another extreme but somewhat philosophical viewpoint, and simply assert that one need not quantize gravity at all because it seems all too difficult an endeavour. However, one must then ask why gravity should be so special in defying an interpretation in terms of a mediator particle in the quantum theory, whereas all other fundamental interactions do seem to embrace such a description. A better question could be, how to provide a mathematical formulation of a ground state and the excitation quanta of spacetime geometry, other than the one based on a graviton. Intrigued explorers, hence, might not be enthused by any of the idler’s charms, and could just prefer to coast along and keep digging for fresh ideas and techniques which might hold the key to deeper insights. 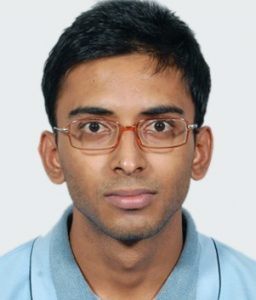 Author Bio:
Sandipan Sengupta, is currently a faculty at the Dept of Physics, IIT Kharagpur. His broad area of research is classical and quantum gravity. In particular, some of his active interests include Extra dimensions, Cosmology, Hamiltonian quantization of gravity, Dark matter physics etc. He had obtained his Ph.D. at the IMSc, Chennai in 2012. Before joining his current position in 2016, he has served as an Assistant Professor of Physics at IIT Gandhinagar. He was awarded the `V.V. Narlikar Best Thesis Award’ in 2013 and the `N.R. Sen Young Researcher Award’ in 2015 by the IAGRG. He was also the recipient of the ECR award grant (2017-2020) funded by SERB, DST.