“Yesterday is not ours to recover but tomorrow is ours to win or to lose.”

Lyndon B. Johnson; 36th president of the United States of America.

The last nine days were filled with boundless passion, emotion and drama surrounding the victories and failures of the contesting teams. As the competition drew to a close, the final few days saw a renewed burst of emotions with the knockout matches. Over a little more than a week, a lot many records were broken and new ones were created across the two IIT campuses – Kharagpur and Bhubaneswar, which hosted the meet – as athletes gave in their best in their quest for glory.

On the last day of the meet, Prof. Mohanty addressed the gathering and welcomed Shri Ashok Kumar Dhyan Chand, Indian Hockey legend. Prof Mohanty congratulated all the participants for their terrific performance. He specially thanked the IIT Kharagpur medical team who were on their toes, catering to the needs of the players, many of whom were injured during the games. He encouraged all players to excel in their respective games, understand their shortcomings and work on them, while at the same time giving their best to academics.

Impressed by the enthusiasm of the players, Ashok Kumar Dhyan Chand said, “I’m amazed to see students who are jewels in their respective academic domains, to have such passion for sports.” He added, “Sports is not about winning or losing. It is all about participation. During my father’s time, there was no such opportunity for players. Yet, they went out, played their game on foreign grounds and won several accolades”.

Addressing all participants, he said, “I congratulate all of you and hope you will achieve everything in life from these wins and losses. Let these shining medals and trophies give you all the strength to face life’s challenges, just as you dealt with them on field.”

In the final standings, IIT Delhi came second with 92 points and IIT Madras finished third, with 87.1 points. IIT Kharagpur scored 122 points. All events, on and off the field, in the host and co-host campuses of Kharagpur and Bhubaneswar respectively, were taken into account.

Former Indian Cricket Team Skipper and the current BCCI President, Sourav Ganguly, could not make it to the occasion due to prior commitments. He sent across his best wishes to all the participants via voice message. He promised to come next year.

Indian cricketing legend, Mr Kapil Dev also took to an audio message to congratulate the participants. “Play the game with all honesty, and you are sure to win”, he said.

Each moment in sports and each decision contributes to one’s victory. At the end, it is consistency that matters. Every match is a learning curve, and those who learn right emerge the winner.

IIT Kharagpur contingent lifted the Champion’s trophy amongst a roar of claps, cheers and whistles and made for the victory lap to the tunes of DJ Bravo’s famous ‘Champion’ song. 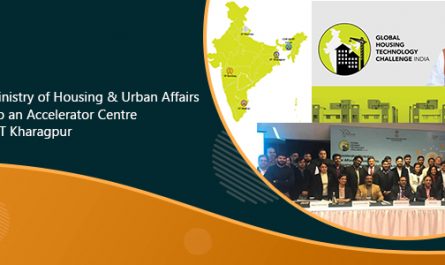 2 thoughts on “And the winner of the 54th Inter IIT Sports Meet is….”