“When I came here in July this year, I found a few students playing football at the Tata Steel Sports Complex. That intrigued me. I also wanted to play, since I come from a country where football is widely played. We won the FIFA World Cup last year, you see! I didn’t know who to approach or how to go about it. I have a friend who also works in the same Mechanical Engineering lab as mine. He was playing in the IIT Kharagpur football team. I told him of my desire to play for IIT Kharagpur. He told me to come to play with them. Since then we have been playing in BC Roy.

We started practicing for the Inter IIT from August this year. Initially, I could not go for the practice because I had a lot of work, and then I was not here for quite some time. I returned in October and it is from then that the rigorous training sessions started. It was from that practice session that 25/26 players got selected for the team. We had several meetings, practice camps and I had to extract time out of my lab sessions to attend all of those. Inter IIT Sports Meet is a big thing. Intense training started in the beginning of December, and there been no rest since. We had to come for practices every single day and spend hours on the field.

Just a few days before Inter IIT, 15 players were selected to play the matches and the rest were for the reserve bench. I feel extremely privileged to be a part of the playing team. So far the matches have been good. We had a brilliant run against Ropar in our last match. And I hope we will continue to have a good run.

I play as a midfielder and as you know, this game calls for a lot of running for the entire 90 minute duration of the match. A few of our teammates have been injured, but that is part of the game. That, however, has not been able to put our spirits down. We are planning to smash the opponents with renewed vigour. I think it will be a great match against Delhi this evening. See you then, at 5 pm, today at Tata Sports!” 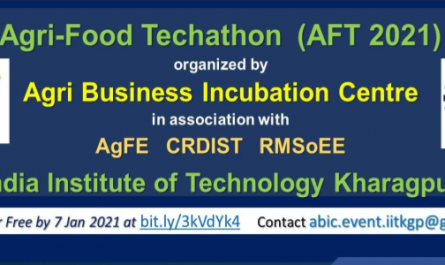