Isotope studies by IIT Kharagpur and Academia Sinica, Taiwan scientists shed light on how the cyclones sustain their energy.

Cyclones are increasingly becoming perilous to the coastal populations of the subcontinent. Climate change due to global warming, projects that the frequency of category 4 and 5 storms (60 to >70 m/s sustained wind speed) will be doubled by the end of the 21st century. However, the question remains: why some cyclones are devastating while others are not? What controls the intensity of cyclonic winds and rains? Cyclones are gigantic vortex, 500-700 km in diameter and 20 km in height, which form when sea surface temperature is higher than normal. They get their energy from evaporation of the underlying seawaters, forming spirally rotating rain bands around the centre called eye where the winds are strongest. The latent heat released during conversion of vapor to rain acts as fuel and the raining vortex moves on.  However, one critical question has been bothering scientists: what is the exact mechanism and the source that supply moisture to the cyclone? Is it evaporation alone from the sea beneath, or the pre-existing atmospheric vapors?

The scientists from IIT Kharagpur and Institute of Earth Sciences, Academia Sinica, Taiwan have found the exact mechanism and the source that supply moisture to the cyclones. The research analyses the devastating aftermath of cyclones in respect to Cycle Sitrang which made its landfall on Bangladesh on 25 October 2022 . The study indicates that the cyclone movement through the atmosphere continuously scavenges the existing vapour over the vortex cross-section much like a moving suction pump and provide the first experimental evidence of a theoretical model. 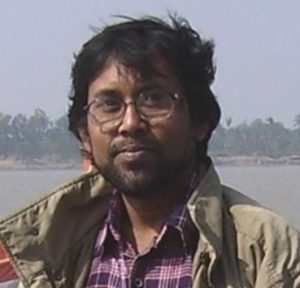 “West Pacific Ocean waters are the warmest in the world, producing nearly 30% cyclones of the world that routinely devastate Taiwan, China and Japan. There cannot be any better place to study the internal mechanism of these cyclones. In Chinese the cyclones are called ‘Typhoons’ (daaihfùng) meaning “great wind”. We have studied four such typhoons, named Nepartak, Meranti, Malakas and Megi of category 4/5, which devastated Taiwan in the year 2016. Billions of dollars of properties and lives were damaged in the due course which formed basis of this study. Our study indicates that the cyclone movement through the atmosphere continuously scavenges the existing vapour over the vortex cross-section much like a moving suction pump and provide the first experimental evidence of a theoretical model suggested by Russian atmospheric scientists,” said Sarkar” said Prof. Anindya Sarkar, Department of Geology & Geophysics and co-author of the research paper that has just been published in prestigious, ‘Journal of Geophysical Research Atmospheres of American Geophysical Union.’ 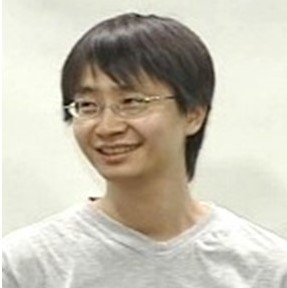 “Flying experimental airplanes through the typhoons have been attempted but is pretty dangerous. To circumvent this, we placed a mass spectrometer on top of a tall building to continuously measure the isotopes of oxygen and hydrogen in the vapor as these typhoons approached Taiwan. This technique provided us real-time variation inside typhoons every ten minutes as it was raining and vapour compositions changed. Since both cyclone frequency and intensities are increasing due to on-going climate change, this observation will be very important while studying the tropical cyclones that recurrently hit both India and Taiwan/Japan region. It also opened up avenues for future collaboration between the two countries,” stated Prof. Mao-Chang Liang of Academia Sinica and the collaborator of the study. 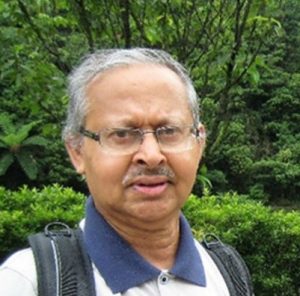 Sourendra Bhattacharya, a former visiting Professor at IIT Kharagpur and the lead author of the paper cited,”Cyclones are extremely dynamic systems and rainfall as high as ~150 mm per hour is very common. As the cyclone moves, shedding of this enormous amount of rain causes a progressive reduction in the ratio of the isotopes of oxygen and hydrogen in the leftover vapor mass. We tracked this magnitude of reduction, calculated and modelled to see how much rains were scavenged by these moving cyclones.” 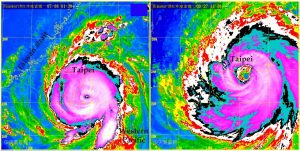 The mass spectrometer (right) that continuously measured isotopes on the top of Academia Sinica building (left) as the typhoons passed over.