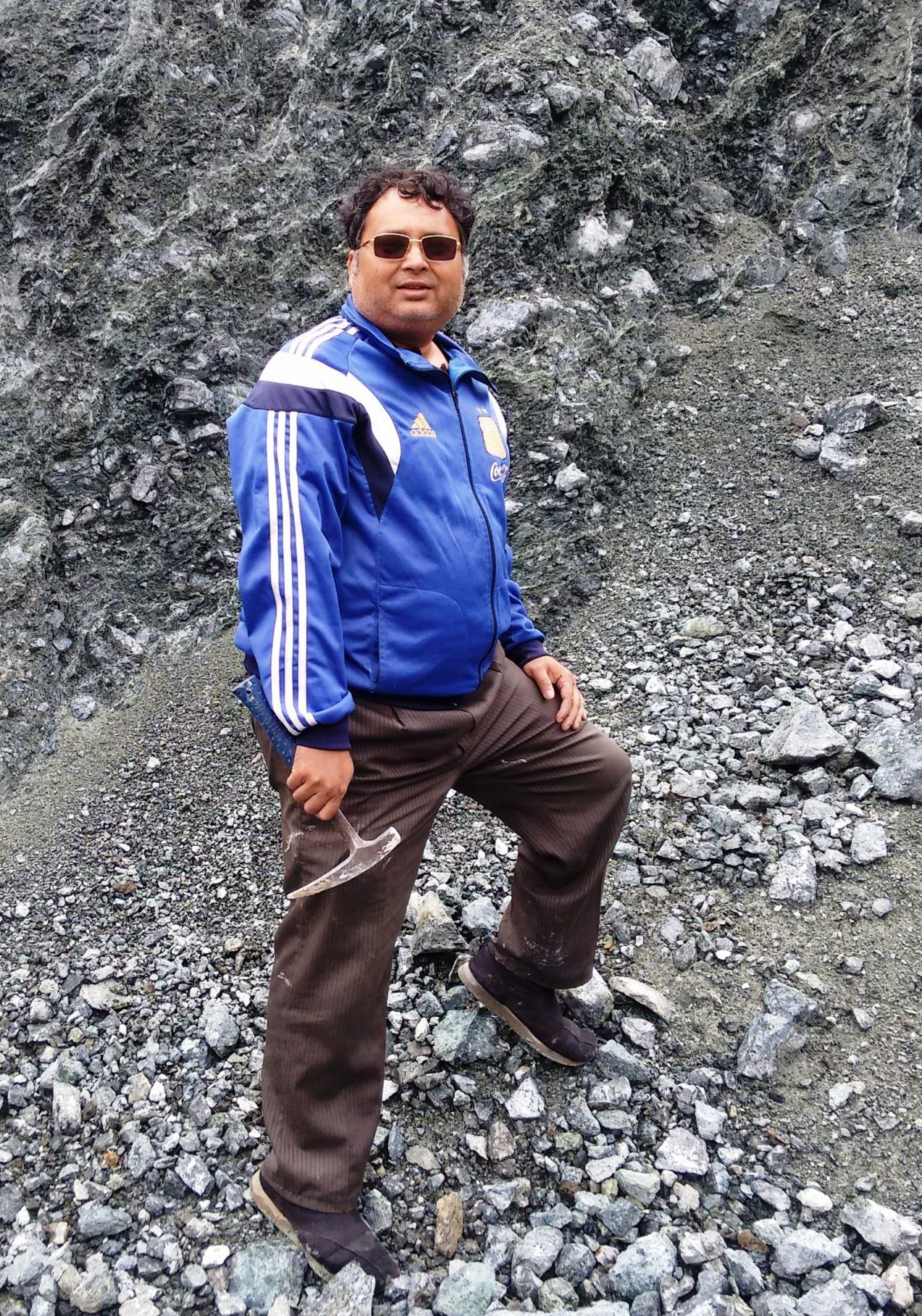 Dr. Abhijit Mukherjee, Associate Professor, Dept. of Geology & Geophysics and School of Environmental Science and Engineering, IIT Kharagpur and globally renowned expert in groundwater shares insights on his decadal work exploring suitable and sustainable drinking water sources in different parts of India and other parts of the world. Prof. Mukherjee has recently been awarded the Shanti Swarup Bhatnagar Prize, Fellowship of the Royal Society of Chemistry, and named in a special publication of 50 under 50 by the Dept. of Science and Technology, Govt. of India.

1. Please share your observations about changes in the groundwater scenario in India over the last three decades. 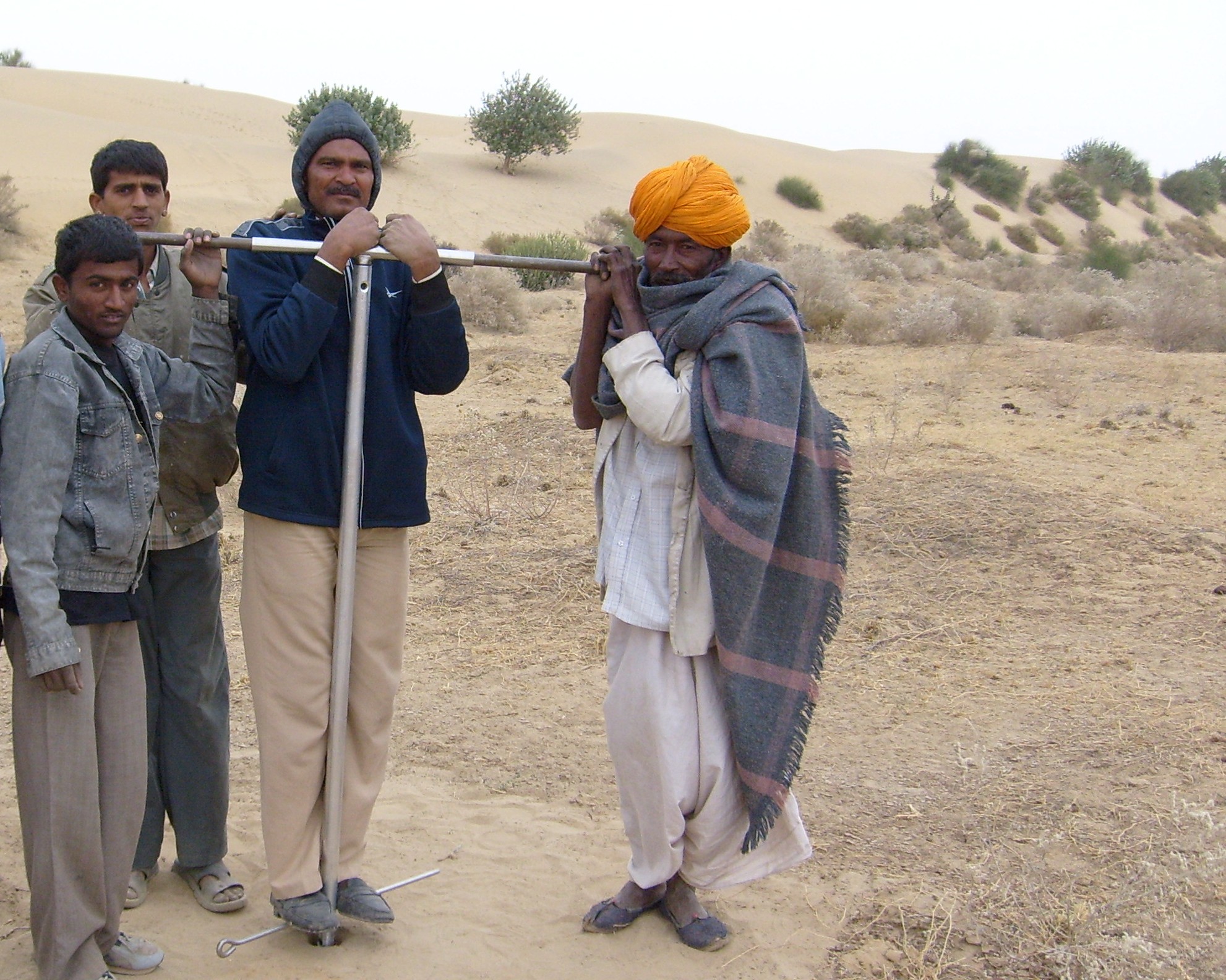 Following earlier observations of several workers for earlier periods, observed data shows that GWS (1996-2017) of eastern and northern zones are undergoing a rapid decline, at a rate of 3.59±0.14 km3/year and 4.55±0.11 km3/year, respectively. Similarly, satellite-based estimates (2002-2016) also indicate rapid depletion in eastern and northern zones at a rate of -1.16±0.35 and -1.40±0.14 and cm/year (-14.02±1.37 and 14.49±4.36 km3/year), respectively. On the contrary, the observed GWS estimates suggest rejuvenation of GWS in southern and western parts of the country at the rates of 0.31±0.02 km3/year and 1.06±0.03 km3/year. Comparison of in-situ groundwater level fluctuation of the decadal mean (2001 to 2010) to 2011 by the Central Ground Water Board, Government of India, in general, suggests groundwater depletion in northwestern, northern, and eastern India, and replenishment in western and southern India across the hydrological year. In more than half of the measured observation wells, there has been a decline of ≥ 1m/year of groundwater level trends for pre-monsoon seasons from 2007 to 2012.

On the other hand, conducive, geogenic sources and processes result in pervasive, natural groundwater contaminants (e.g. Arsenic, Fluoride etc.) across the country, posing severe health risks for millions of Indians. The extent and severity of arsenic pollution in the groundwater of the lower Gangetic basin covering major parts of West Bengal (and neighboring areas of Bangladesh), Bihar and Uttar Pradesh is known to be the largest mass poisoning in human history. Recent discoveries showed the presence of high arsenic groundwater in major portions of the Brahmaputra basin in north-eastern India. Additionally, the indiscriminate introduction of human-sourced emerging pollutants (e.g. Pesticides, Poly-aromatic Hydrocarbons, Antibiotics etc.) and improper sanitation practices leading to fecal coliform pollution result in further quality deterioration.

2. What are the advancements in your work during your decade’s association with IIT Kharagpur? 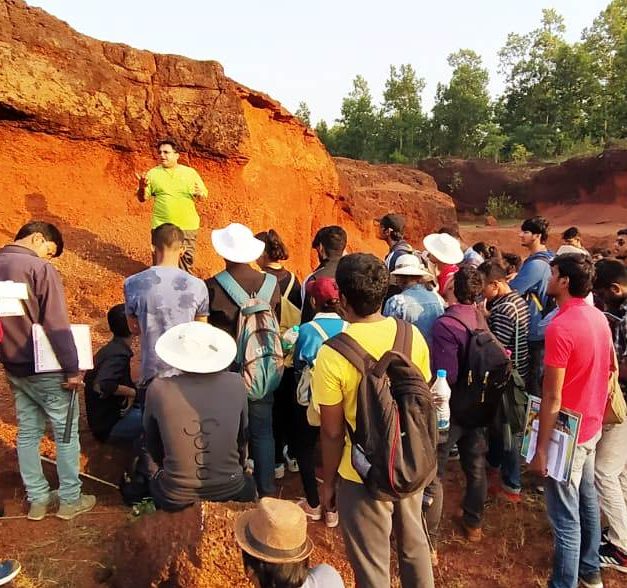 In 2010, when I returned to India, I felt the need to develop the next generation hydrogeoscientists of the country to augment the work being done by Govt. ministries and departments on groundwater. Today we have 25 researchers working on varied topics, ranging from groundwater quantification using NASA missions, urban geosciences of Varanasi (in collaboration with the British Geological Survey), groundwater-sea interactions, application of AI and big data analytics, organic pollution of groundwater etc.

Our recent work on groundwater quantity variation across India, specifically on recent groundwater rejuvenation in parts of the country, as a consequence of government policy interventions, has attracted global acclamation and media coverage. This research provided unprecedented support to the Government of India missions in evaluating outcomes of missions like MNREGA on groundwater rejuvenation in parts of India. This work is believed to be one of the influential factors in the initiation of the Jal Shakti mission for groundwater rejuvenation programs across India. The work was also highlighted as the Image of the Day (September 22, 2017) on the NASA website. Also, our recent studies on the drying and pollution of the Ganga river have initiated an in-depth evaluation of the river and its flow by the Namami Gange mission. Also, the study of sanitation-sourced groundwater fecal pollution to address the UN Sustainable Development Goals (SDG) has been instrumental in evaluating the efficiency of the Swachh Bharat Mission.

3. Your projects involve substantial satellite data from NASA. How did it influence your work and impacted the research outcome especially in comparison to those which are primarily based on water statistics collected on ground and secondary data from various published reports including govt. reports?

We have been working with the NASA Hydrology team for almost the last 8 years. Dr. Matt Rodell, Associate Deputy Director of Earth Sciences (https://science.gsfc.nasa.gov/sed/bio/matthew.rodell) is our primary collaborator. The primary NASA mission that we work on is the GRACE mission. We worked on validating the satellite observations with groundwater level measurements of the erstwhile Ministry of Water Resources. We started by working on ~20,000 data locations across the country, however, found that only ~3500 locations could withstand the quality check. These ~3500 wells corroborated well with the NASA satellite data (mostly 70% or more matches). So, with proper quality checks, the government and statistics are found to be quite useful for our study.

4. Which regions in India have been covered in your research projects? What are the region-wise key challenges in groundwater you have observed?

While our field-work based studies are more local, our data analytics and satellite-based studies are mostly India-scale.  Among our regional-scale studies, our group’s work on geological and human influences on groundwater pollution in the Indus-Ganga-Brahmaputra river basins has attracted wide attention. We work in field sites on groundwater pollutants studies all across the Ganges river basin in West Bengal, Jharkhand, Bihar and Uttar Pradesh (up to Varanasi). In the Indus basin, we are working in the Kashmir valley and Ladakh-Kargil-Dras areas. In the Brahmaputra basin, our work is mostly confined to different parts of Assam. We also worked on groundwater-sea interactions in coastal areas of eastern India (Odisha) and the UNESCO World Heritage biological reserve in the Sunderban delta, adjoining the Bay of Bengal. 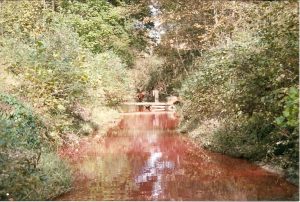 Industrial and Agricultural pollution is generally increasing and can get transported to the groundwater systems, albeit locally, eventually ending up in the drinking water sources.  These effluents contain a wide range of chemical and biological contaminants (e.g. Persistent Organic Pollutants [PoPs], Polycyclic Aromatic Hydrocarbons (PAH), Antibiotics) that are extremely toxic. Our studies from Murshidabad to the Sunderbans in West Bengal identified all of these aforesaid human-sourced pollutants both in groundwater and Bhagirathi-Hoogly river water.

5. Please share the policy recommendations involved in your research to rejuvenate the groundwater situation in India, especially in the context of Jal Jeevan Mission, Ministry of Jal Shakti and other govt. bodies.

Hence, the results of our recent studies illustrate scenarios, where under conducive groundwater management policies, India can transform from “groundwater scarce” to “groundwater sufficient”. These observations, when highlighted in the meeting of the Committee of Secretaries of Government of India in 2017, received a lot of commendation. This research provided unprecedented support to the Government of India missions in evaluating outcomes of missions like MNREGA on groundwater rejuvenation in parts of India. This work is believed to be one of the influential factors in the formulation of the Jal Shakti Mission.

6. In your book ‘Global Groundwater: Source, Scarcity, Sustainability, Security, and Solutions‘, the global situation of groundwater has been presented. Which regions are comparable to the situation in India? Have there been remedial measures in those regions? 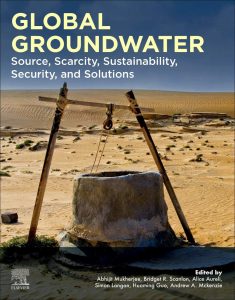 Several of the major global aquifers, specifically the ones in arid and semi-arid zones that rely largely on groundwater, are undergoing a rapid decline in groundwater storage volumes to non-renewable levels. These include the Canning basin of Australia, the Guarani aquifers of South America, High Plain and Central Valley aquifers of the USA, Northern Sahara and Nubian Aquifers of Africa, North China Plain, most of the Middle East Aquifers in the Persian Peninsula, the North China Plains and the Northwestern parts of India. However, in present times, even, the traditionally, water-affluent regions, numerous countries from Asia to the Americas, are facing an acute shortage of usable waters, as they are witnessing a rapid rise in population, urbanization, and change in societal water use, cropping patterns along with lifestyle changes.

7. What are the global policies explored by you and your collaborators to address this region in India and other regions of the world? Do you think new-age technologies would be able to put forward the much-needed solutions? Please elaborate. 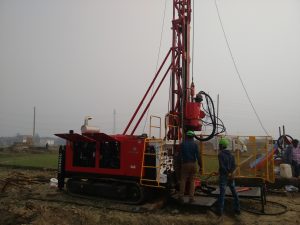 As the groundwater demand and accompanying stress is increasing with agriculture, industry and domestic needs, sustainability through governance and management is not alone sufficient to attain security. In more recent times, the emergence of advanced observational e.g. GRACE mission and numerical techniques, e.g. application of AI, have resulted in better and broader estimates and predictions of the global groundwater extent, and thus identifies the problem target areas. In all these cases levers and pathways of solution interventions are required to secure and sometimes, rejuvenate the groundwater reservoirs. Some of these primary levers are outlined below:

a) Enhancing irrigation: In several parts of the world that generate a large part of the global food need, farmers are still using traditional water-intensive irrigation methods, which have barely evolved in the last few centuries to millennia. But in reality, much of the crops need only a fraction of the groundwater than that of the flood irrigation.

b) Groundwater Rejuvenation: Groundwater replenishment at a local to regional-scale can be achieved by the scientific application of a suite of technologies that can increase groundwater recharge and increase storage according to the local hydrogeological architecture.

c) Desalination: A large volume of the global groundwater, as well as the ocean water, are of non-usable quality due to higher concentrations of total dissolved solids. The emergence of technologies is showing promise to sustainably desalinate these saline water. 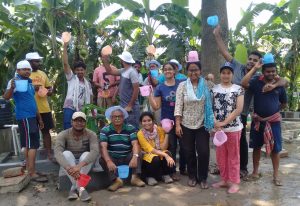 About Prof. Mukherjee: With his specialization in regional hydrogeology and groundwater contaminant transport, he is engaged in understanding decadal-scale groundwater storage changes over the Indian subcontinent, groundwater-seawater interaction at coastal areas of the Bay of Bengal, and groundwater quality evolution of the Ganges-Brahmaputra Basin. He has also initiated a project on the application of artificial intelligence techniques in predicting future groundwater availability in different parts of India. Know More

Prof. Abhijit Mukherjee can be contacted at abhijit@gg.iitkgp.ac.in