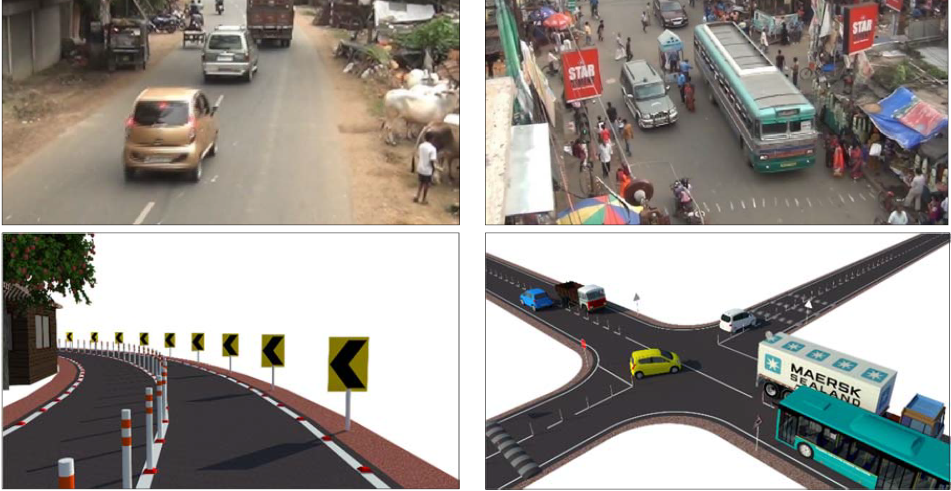 If worn-out, crater-ridden, submerged stretches are the only image that flash in your mind when you think of ‘killer roads’, you are just monsoon-weary. Killer roads are also those gleaming blacktop surfaces stretching out for miles in between cities, towns, or even within cities, that lure motorists into putting that little bit of extra pressure on the accelerator.

Speed, obviously, kills. With the rapid modernization of road infrastructure, India is thus seeing an alarming increase in the number of fatalities on road. The number of road accidents in India today is the highest ever in recorded history -a 53.9% increase over the last decade, and nearly a ten-fold increase since 1970.

“We have made the surface good for speed, but the associated geometry is not able to support high speed. Also, the people using the roads are unruly and traffic  operations are happening in a haphazard manner,” says Prof. Sudeshna Mitra of the Department of Civil Engineering, IIT Kharagpur.

Prof. Mitra specializes in Traffic and Transportation Engineering, with an emphasis on Road Traffic Safety, Data Analytics in Traffic and Transportation, and Sustainable Transportation Planning and Design. Widely consulted by the government and private organizations on transport and road safety matter, Prof. Mitra and her team has recently submitted their report on “Road Safety Audit of NH60 and NH117 and capacity building on Road Safety issues in the State of West Bengal”.

The result of this study, in fact, confirms Prof. Mitra’s statement. Of the two National Highways in the study – NH60 and NH117 – the former has a greater “average operating speed”. In other words, NH60 ensures greater ‘mobility’ – a factor that delineates the importance of the road (the other being ‘accessibility’). However, the “…number of crashes and fatal crashes are also more on NH60 with a very high percentage of head-on collisions,” says the report.

“Speed is a problem,” says Prof. Mitra. “We have seen that speed and the number of accidents/fatalities are not in a linear relationship. For example, if the chance of fatality at 30 km/hr is 10%, at a speed of 60 km/hr, the probability does not double. The chance of fatality is about  80%,” she argues on the basis of the findings of the speed management report of OECD/ECMT Transport Research Centre (2006).

Of course, the condition of the roads and the stopping time matters for safe operations. And this is where the technicalities kick in. For example, even for placing temporary barriers, one has to take into consideration the technicalities of their placement such that appropriate meandering of traffic could take place resulting in speed reduction. The police in this regard would need to consult PWD engineers to man the road operations.Prof. Mitra suggests greater technical consultation – at the planning stage itself. “For new roads, we should start audit from alignment planning, detailed design, and during the construction. For existing roads, we can concentrate on the existing problems and propose how to operate them better.”

For both NH60 and NH117, Prof. Mitra and her team have provided their feedback and are now hoping that they are implemented. Apart from drawing attention to sharp horizontal curves with restricted visibility, unsignalized intersections, they have also highlighted the role of vehicular size and pedestrian behaviour in causing accidents.

But her insistent plea is the need to regulate speed and implement speed zoning on highways. This is especially needed when a highway is passing through a town or built-up area where the functional characteristics of the road changes, and high interaction with pedestrians is expected. Prof. Mitra argues for proper recording of accident data. “We get an idea of the design deficiency by assessing whether it is a head-on collision or rear end collision,” she says. Prof. Mitra is happy that the authorities are more pro-active than before about road safety and they are willing to seek out the academia for consultation. However, implementation is still weak, she says. Also important is evaluation after the recommended measures are implemented.

Look back in hope