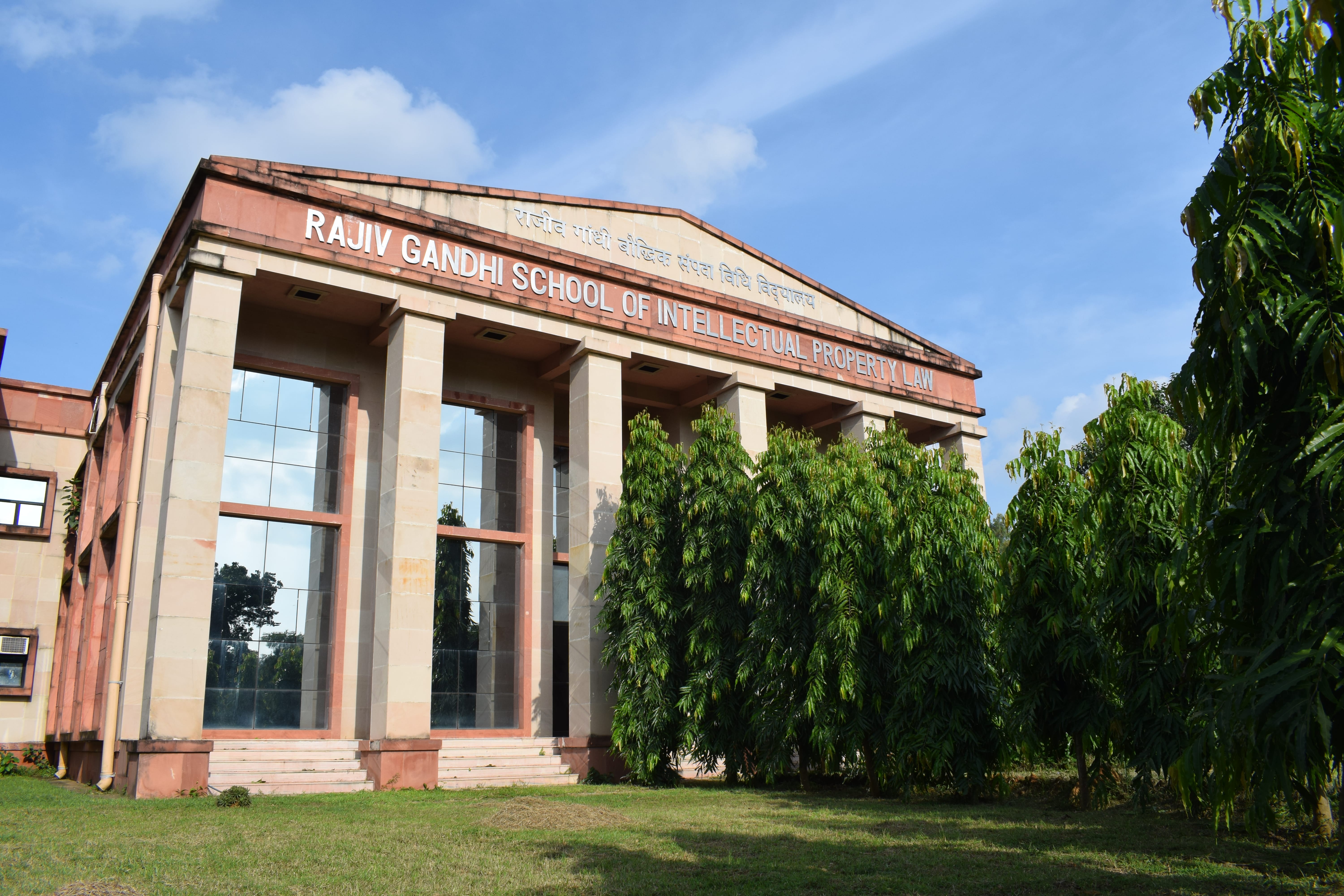 The Rajiv Gandhi School of Intellectual Property Law or RGSOIPL, with its long Doric columns, stands diagonically opposite one of the largest open spaces in IIT Kharagpur – the sports complex, where every day students muddy themselves playing various kinds of games. This forms one of the most fulfilling part of their student years. RGSOIPL too engages in field activity that involves a lot of insight and endurance to grapple with issues.

The law school, the first of its kind in the IIT system, recently started a Legal Aid and IP facilitation Cell that provides legal service to the needy and enables legal literacy in neighbouring rural areas. The Cell meets villagers and those in need of its legal help frequently. The cell began work in February 2018, but it has already handled numerous cases. RGSOIPL was also at the centre of much action during the documentation process initiated to get goyna bari, a lentil product peculiar to Midnapore, a GI (geographical indication). The School is committed to identifying more such products in the country that require GI tags, and using its IP expertise in bringing to local communities the much-deserved honour and protection that a GI tag entails.

RGSOIPL was set up in 2006 to cater to the growing need for lawyers with technical expertise. “We see ourselves as part of the global endeavor to integrate technology and law in order to produce technical lawyers with the expertise necessary to deal with legal issues that arise at the interface of technology and law. As such, we are the only law school in the country with a technology focus,” says Prof. Padmavati Manchikanti, Dean, RGSOIPL, IIT Kharagpur.

Both technology and law have an inseparable connection with today’s “smart” society, although this connection is not easily understood. But the connection is so important that a professional now is required to have considerable legal knowledge about the technological applications he/she is about to launch in the market or whether the process about to be implemented in the industry is in line with regulatory processes, norms and standards. Prof. Padmavati says, “Every biotech manager today needs to know the applicable biotech laws. But you cannot expect a manager to go and find out about laws. An enormous time is lost that way. That is why law schools that merge technology and law are so important today and will, eventually, become more numerous. IIT KGP is thus a pioneer in this matter.”

RGSOIPL’s focus on IP is not incidental either. Nor is its insistence that its students should be first class degree holders in engineering, technology, medicine, science, pharmacy or equivalent fields.

Nations throughout the world are keen to protect the country’s innovations and intellect with strict IP laws. As one of the fastest developing countries, especially one that has made “Make in India” its prime objective, India is keen on protecting its intellectual property through laws as well. Not surprisingly, patent lawyers are among the highest paid today.

Prof. Padmavati says, “Much of IP law, especially patents, aspects of GI, aspects of synthetic biology and IP issues in the newer domains like 3D printing and AI involve a mixture of matters of fact and matters of law. If you do not understand the discipline well, you cannot apply the law. For e.g., in case of cyber security issue coming up, you have to understand the IP address, technical aspects related to computers that only a technologist would know. Also, the reason why we take students who are BTech or MSc is because they come with the requisite knowledge and then add the law component so that they become technology lawyers. And there is a huge demand for such lawyers in the market.”

RGSOIPL’s uniqueness also lies in the fact that it is the only law school where IP is taught in a comparative mode, and that too at the graduate level. “When we teach patents, copyright law and other such aspects of IP law,” says Dean Padmavati, “along with the Indian law, we teach them US, European law” Prof. Padmavati adds, “Patent law, remember, has never been Indian in origin and the major jurisdiction for the filings are in the US and Europe. So our students have to learn the law in the markets they have to deal with. Ours is the only law school that studies comparative law right at the undergraduate level.”

The law school of IIT Kharagpur also offers unique electives such as music law, energy law, biodiversity law, air and space law, water law, infrastructure regulations and so on. RGSOIPL puts great emphasis on research. The Dean of RGSOIPL says, “The Institute has fostered the research program by giving scholarship to students doing research. We have a PhD programme in all areas of laws and some current research being undertaken includes IT, privacy, corporate governance, international FTAs etc.,.” One of RGSOIPL students, in fact, she says, is doing research on law related to undersea cables which requires a high degree of technological understanding.

In another first, RGSOIPL has started an interdisciplinary course in Artificial Intelligence. In several parts of the world, AI has already transformed the way lawyers work and provide their services. Several courts have also started to rely on AI aids in their judicial process. Since the new era of hybrid sociology demands a rethinking of the modes of societal governance and law, challenging the fundamentals of jurisprudence related to Personhood, Responsibilities, Contracts, Liabilities, Creativity, IPR, e-commerce, data protection and security, ethics and so on, RGSOIPL has structured a one semester interdisciplinary course titled “Artificial Intelligence and Law” to address the rapidly-evolving jurisprudence in this area. This is to prepare students, law students in particular, and to familiarize them with diverse issues arising from the interface of AI and Law, and the influence of these issues on the creation of an acceptable international legal regime, keeping in mind the operative trans-border nature of such evolving technologies.

The law school can lay claim to another distinction. It runs the Government of India’s Kiran-IPR programme, the only one to do so in the eastern region. This is a programme for woman scientists training in IP for one year. Every year, woman scientists who qualify a national entrance test are trained in IP law. This programme is also for women who have specialized in science but have had a break in their career for social or family compulsions. IIT Kharagpur, through RGSOIPL and its other departments, schools and centres, allows these women to go back to the mainstream.

The amalgamation of law, science and technology that is seen in RGSOIPL follows from the able guidance and wider vision of IIT Kharagpur’s distinguished alumni who, given their extensive national and international exposure, continue to help the institute chart its future course. They not only provide the right advice, but they also contribute generously to fulfil each of its dreams. Vinod Gupta, who provided the seed money for RGSOIPL, is among the many IITians who have contributed to the culture of “giving back” to their alma mater.

RGSOIPL has grand plans for the future. It is radically refurbishing its curriculum to introduce new courses. It is planning to create a group of paralegal volunteers who will work with the District Legal Services. Prof. Padmavati hopes that the recently launched legal cell will eventually go online in order to provide legal assistance to a larger number of people. It goes without saying that as in all other endeavors, RGSOIPL, is also looking forward to the advice and support of the Institute’s alumnus to achieve its goals. 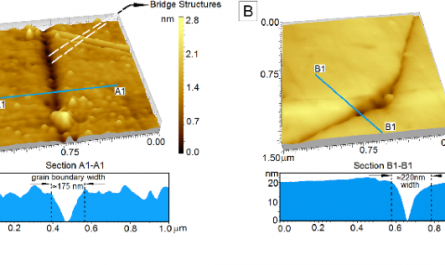 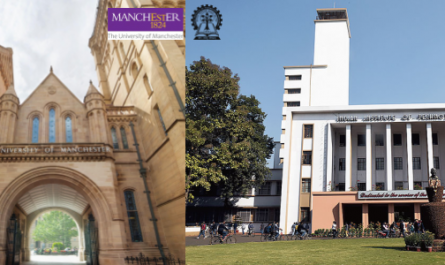