IIT Kharagpur has instituted eight new student grants for the upcoming Autumn semester scheduled to begin in August 2021. The Institute has received generous grants from eight alumni and their families who have come forward to support the students on merit-cum-means scholarships and merit-based awards towards their academics and research.

A virtual MoU was signed with the donating alumni and their families for instituting the student aids and grants in a recently concluded event.

The donors envisioned a range of dynamic ideas which motivated them to contribute towards these scholarships and awards and inspiring the spirit of giving back to society for the greater good while instilling some traits which are very own to IIT Kharagpur. 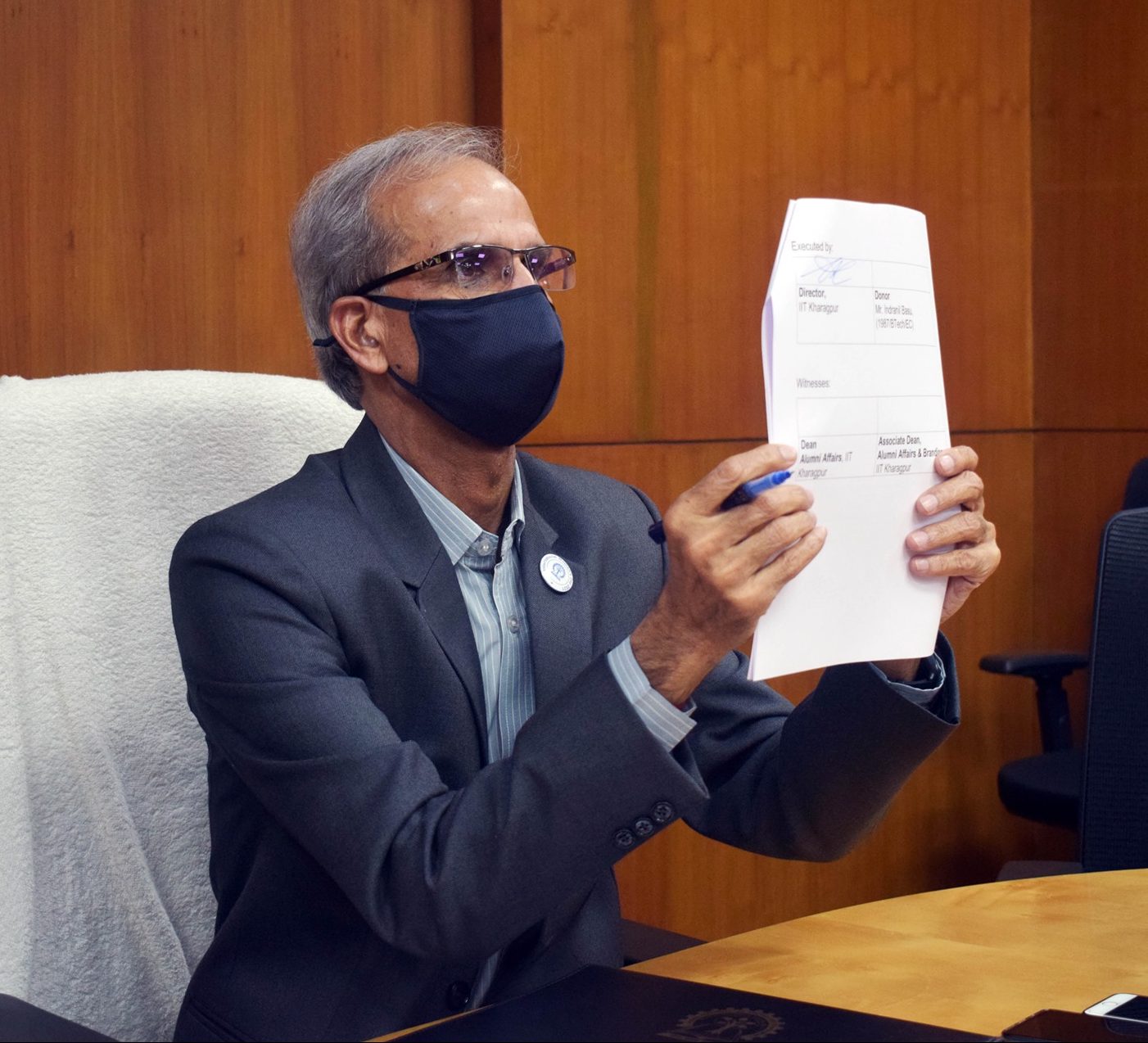 Thanking the donors for the generous contributions Prof. V K Tewari, Director, IIT Kharagpur appreciated their proactive zeal towards the Institute and for keeping its welfare in their hearts. He further spoke of the uniqueness of the vast plethora of disciplines taught at IIT Kharagpur and how benchmarking is being done for them to collectively compete against the world’s topmost universities. He welcomed the alumni to contribute towards this initiative through participation in the global outreach programs and thrust area-specific activities of the Institute. Director Tewari further affirmed starting new initiatives under the NEP 2020 and the holistic and fast-moving developments that are underway at IIT Kharagpur.

A unique feature of these grants is the allocation of over ₹ 65 Lakh exclusively for undergraduate female students for a period of 15 years. IIT Kharagpur has been setting up various avenues to reach out to larger sections of girl students, their teachers and parents through counseling, outreach initiatives as well as financial aid to encourage more girls to aim for IIT education as well as facilitating those taking admission at IIT Kharagpur in particular. 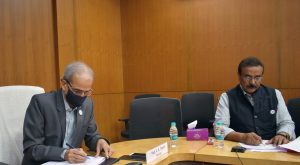 Dean, Alumni Affairs, Prof. Subrata Chattopadhyay remarked, “now that we are an Institute of Eminence and guided by the New Education Policy, we are committed to bringing up the ratio of our undergraduate girl students much higher. We have the mandate to cross the 20% threshold at the soonest.”

In the last few years, IITs have been consistently increasing the strength of girl undergraduate students through the supernumerary quota for women introduced in 2018. From the initial target of 17% which has been fulfilled, the IITs are set to increase the quota to 20% in accordance with a decision by the IIT Council. At IIT Kharagpur the overall ratio of male and female students is already 1:5 while in some research-based programs and Master’s level programs, even a higher ratio can be observed.

The Institute has a few dedicated grants for women funded by various agencies such as DRDO Scholarship for Girl Through AR&DB, Indian Women’s Association, BONN Scholarship etc. A travel grant was also set up Smt. Sudha Murthy, Chairman, Infosys Foundation to facilitate the participation of women research scholars in international conferences. The alumni have also supported the up-gradation of facilities at the girls’ hostels. Further, the Institute conducts several women-specific research work on women’s health, gender violence and crimes against women, gendering the smart cities and experience of migrant women. The Institute also supports the KIRAN IPR Women Scientists program.