IIT Kharagpur and the Technical University of Munich from Germany have entered into a memorandum of understanding (MoU) for setting up an Indo-German Collaborative Research Center on Intelligent Transportation Systems. The Center will be located at IIT Kharagpur with the possibility of a similar center being replicated in Germany in the future.

The goal of this Center will be to bring together Indian and German researchers, as well as industry partners from the two countries to work on various topics in the domain of transportation. These include next-generation cars where most of the innovation is in electronics and software, to environmentally friendly green transportation options and seamless connectivity between various modes of transportation.

Given the size and population of India, German automotive companies and suppliers see a huge potential in the Indian market. At the same time, the scale of things in India, and its unique characteristics offer several opportunities and challenges for German researchers working in the domain of transportation. Solutions that have been developed to operate in German conditions and roads need to be appropriately customized for Indian scenarios, which involve several technological challenges that need a tight cooperation between Indian and German researchers. At the same time, today most of the innovation in high-end German cars are in electronics and software. Given India’s leadership position in the software and services industry, a cooperation between the two countries is also essential for developing high-end cars of the future that have many software-controlled functionalities. In other words, the goal of this Center is also to combine German excellence in engineering with India’s prowess in software and systems engineering developing next-generation green, electric, intelligent and autonomous vehicles.

IIT Kharagpur has already invested a significant fraction of its infrastructure grant towards setting up laboratories for advanced vehicle testing and calibration, battery pack manufacturing and testing, connected cars and cloud-based diagnostic testbeds, and design and testing of electronic and software systems for vehicles and transportation systems. At the same time, TU Munich is one of the world’s leading academic institutions in the area of automotive and transportation engineering and is well connected to the top German automotive companies like BMW, Audi and Daimler.

“The Center will be the first of its kind for TUM in India and raise our engagement with India to a new level. In an increasingly global world, mobility is one of the key challenges, which the Center will address for the benefit of both countries”, said Dr. Harald Olk, the Director of the TU Munich International Center.

“We are very happy to work with TU Munich in setting up this Indo-German Center Collaborative Research Center on Intelligent Transportation Systems at IIT Kharagpur” – said Prof Pallab Dasgupta, Dean Sponsored Research and Industrial Consultancy at IIT Kharagpur, after signing the MoU in Munich on June 19 – “This will be a key enabler for learning from our German counterparts and will open up opportunities for us to bring our expertise in software and analytics towards partnering in challenges of transportation planning and regulation, connected cars and autonomous driver assistance systems.”

The MoU has been signed by the President of TU Munich which is also celebrating its 150th anniversary this year. TU Munich is German’s top engineering university and is ranked among the top research universities worldwide.

“The proposal for preparing a blueprint for an Indo-German Center for Intelligent Transportation Systems was submitted to the German Federal Ministry of Education and Research (BMBF), and it was readily funded, thereby initiating a close cooperation not only between TU Munich and IIT Kharagpur in the area of transportation but also between researchers and industry partners from the two countries. Our goal now is to create a sustainable R&D ecosystem around this Center.” – said Prof Samarjit Chakraborty, who is a Professor of Electrical Engineering at TU Munich, where he heads the Institute for Real-Time Computer Systems and is the lead investigator of the BMBF project that led to establishing this Center.

“IIT Kharagpur is well positioned for playing a leadership role in the mobility roadmap of the country. We warmly welcome TU Munich as an institutional partner in our way forward and we are confident that this initiative will be mutually enriching for academic and industrial collaborations in the domain. We look forward to expanding our relationship with TU Munich in many other domains as well” – said Prof P P Chakrabarti, Director, IIT Kharagpur. 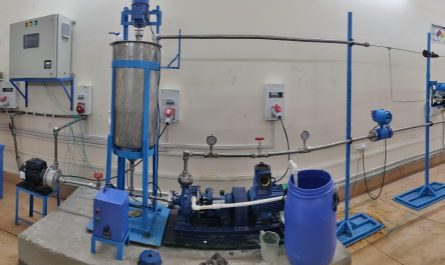