Has your monsoon experience across India changed over the years?

The reason could be blamed on shifts in the spatio-temporal pattern of monsoon. In a recent study published in Scientific Reports by Nature Publishing Group, IIT Kharagpur researchers reveal that the pattern of monsoon and daily extreme rainfall is changing in India with more extremes expected over southern India and Himalayan foothills. They further predicted a continued southward shift of precipitation extremes over South Asia. 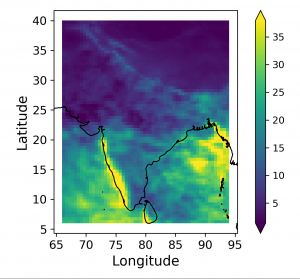 The researchers have studied data of Indian Summer Monsoon precipitation for close to five decades, 1971 – 2017 (base period: 1930-1970). The data shows more increase in the magnitude of extreme precipitation over South India  (~18.5 mm/day for the worst climate change scenario) compared to Northern and Central India (~2.7 mm/day).

“Our analysis of precipitation from the Coordinated Regional Downscaling Experiment, indicates a southward shift of precipitation extremes over South Asia. For instance, the Arabian Sea, South India, Myanmar, Thailand, and Malaysia are expected to have the maximum increase to about 18.5 mm per day for an RCP8.5 scenario in mean extreme precipitation,” said lead researcher Prof. Rajib Maity from the Dept. of Civil Engineering.

PhD student Mayank Suman, co-author added, “We based our predictions on average precipitation for the days with more than 99th percentile of daily precipitation. Our study showed a contrasting feature for North and Central India, and Tibetan Plateau with relatively less increase, to only about 2.7 mm per day for RCP8.5 scenario.” 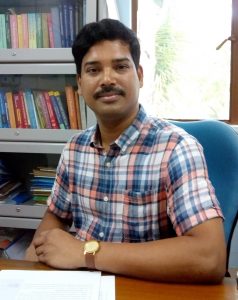 Talking about the possible reason behind such a significant phenomenon, Prof. Maity remarked on the intensification of large-scale circulation phenomena over the tropical Indian Ocean (known as Indian Ocean Dipole) which could be leading to the contrasting trends across large regions in India. As a result of this intensification the Indian monsoon is expected to be enhanced across the country. The prediction is based on the analysis of air temperature at 850 mb and precipitable water for RCP4.5 and RCP8.5.

“Our convergence analysis along with the moisture flux show a change in the direction of the South-West Monsoon winds blowing towards the east over the Indian Ocean. This directional change will intensify the already observed precipitation contrast in future between South and North India, and cause more extreme precipitation events in countries like Myanmar, Thailand, Malaysia, etc.” remarked Prof. Maity

What could be the socio-economic impact of such change, particularly in the context of India?

Prof. Virendra Tewari, Director, IIT Kharagpur, who has extensively worked with both industrial and rural sectors opined on getting ready for the monsoonal shifts based on predicted timelines and precipitation volume.

“South Asia, as we know, despite advances in irrigation systems, is highly dependent on the monsoons. Results of this study will be useful to the designers of water infrastructure and agricultural communities, especially in the southern parts of India and Himalayan foothills, to prompt a possible change in design criteria and agricultural practices including cropping pattern,” he said.