In a recent briefing, the Union Education Ministry made an announcement to start technical education, especially for engineering courses, in mother tongue from the next academic year including shortlisting of a few IITs and NITs. Since the announcement of NEP 2020 with a thrust on regional languages, , speculations and debates were up for embracing regional languages in the Indian higher education system. As we progress further in the 21st century and pursue the aim to position ourselves as Vishwaguru, as often cited by our Shiksha Mantri ji Shri Ramesh Pokhriyal Nishank, let language not be the barrier to learning. 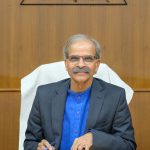 Before we delve into the issue of multiple regional languages, let us remind ourselves, that across the globe, classroom teaching is pursued in a variety of regional languages, be it France or Germany or Russia or a country like China, which has over 300 languages and dialects with 8 of them being the major ones. It has been observed that the human mind is more receptive to communication in the language in which it is accustomed to thinking from childhood. In my four decades at IIT Kharagpur, initially, as a student, research scholar and later as a faculty member, our ‘teaching and learning’ has been in English in its entirety. The practice, I would say, continues regardless of the first language of the students and difficulties at their end in adopting to English as the primary communication language, thus disrupting the process of learning. But when explained in regional languages, especially mother tongue, grabbing the concepts or expression of the ideas by the students becomes fairly easy. This can be observed frequently in practical classes and labs where the lab instructors often form a close relationship with the students and communicate with them in the languages known by the former. Even some teachers adopt this approach outside the classroom.

Now it is to be contemplated how such practice can be institutionalized for IITs and NITs with a regionally diverse student population. In a world taking pride in the liberal thought process and individualized attention, the challenge of language as a barrier to the learning process needs to be critically reviewed. This would lead to the development of a policy framework for regional language education not only at schools but in higher education including technical education. The decision of the Ministry in this matter is highly laudable.

Adopting regional language in technical education is a necessary long-term goal requiring teachers proficient in undertaking classes in the vernacular medium along with English in addition to publishing textbooks and reference materials in regional languages. However, this transition can be facilitated with language assisted learning. Regional language hubs set up at technical institutes can bring together students requiring language aids. Depending upon the composition of students from various vernacular backgrounds or those facing a challenge in English communication, and the availability of teachers with regional language proficiency, these hubs can be structured. For example, at IIT Kharagpur we can have such a hub with an optional language-assisted learning focus on Bengali, Telugu and Hindi and even other languages such as Odia, Tamil etc. in some subject areas depending on the availability of teachers and choices by students who need language assistance in classroom teaching. To ensure students are not left out due to the lack of teachers with their preferred language expertise, we need to adopt technological aids. Audio translation aids have been in use at various organizations including the Indian Parliament, UN gatherings etc.

We can further take a step forward to AI-based hearing aids which can effectively translate engineering and scientific teaching communication in regional modes that can be understood by the students without much difficulty. In fact, we have already started working with AICTE towards AI-based multilingual translation of the learning resources of various engineering subjects.

While the seminal decision has been taken to start technical education in the mother tongue, it is time that we equip ourselves with facilities and processes to adapt to this new approach in our segment of the higher education system.