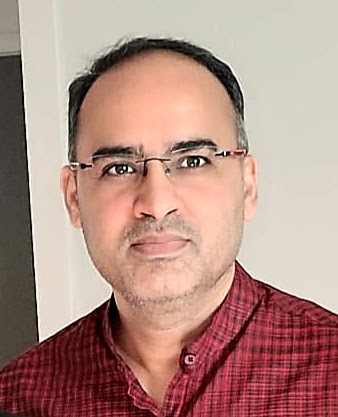 Mr. Anil Agiwal, an alumnus of the Institute’s Computer Science and Engineering Department,
has received his 200th US patent grant in November 2021. He is now on the global list of prolific
inventors that includes individuals who have been granted 200 or more patents in the USA. He is
now on an all-time list of 316 inventors.

The patents include innovations on advanced radio access technologies (such as 4G, 5G, 5G
advanced) for cellular communication. Mr. Agiwal said that “patience and perseverance
combined with an urge to innovate have helped me receive 200+ patent grants (204 as of
today).” He thanked and praised his colleagues and co-inventors for their collaborative efforts
and tireless commitment to achieving this feat.

Mr. Agiwal graduated with an M.Tech in Computer Science & Information Technology in 2001.
He joined Samsung R&D Institute Bangalore (SRI-B) through campus placement from IIT
Kharagpur in 2002. He relocated to Samsung, South Korea in 2013 to work directly with the 5G
communications research lab there. He is a researcher and standardization expert in wireless
communications. Currently, he is working as a Director in the Samsung
Research Center at Samsung Research, Seoul. His current role involves research and
standardization of 5G/5G-advanced radio communication technologies for lower and higher
frequency bands (licensed and unlicensed), which enables enhanced Mobile Broadband (eMBB),
massive Machine Type Communication (m-MTC), Ultra-Reliable and Low Latency
Communication (URLLC); and support verticals such as Industrial Internet of Things (IIOT) and
Vehicle-to-Everything (V2X) communications.

Since his first responsibility to write the start-up code and porting operating system for the
CDMA chipset, he has made significant contributions towards software design, development,
and commercialization of 3G/4G modem protocol stacks and algorithm development. He has
invented and standardized several technologies in the field of cellular communication. He has
also collaborated with Samsung R&D teams in India, the UK, the USA, and Korea for advanced
wireless communication research and standardization. He has actively contributed to various
standard bodies such as 3GPP2, IEEE, and 3GPP for CDMA, Advanced WiMAX, and
LTE/5G-NR standardization respectively. Several of his patents are adopted in the Advanced
WiMAX, 4G Long Term Evolution (LTE), and 5G New Radio (NR) standards.

In the course of the interview with the KGP Chronicle, he fondly recalled his RP Hall friends and
batchmates, the late-night discussions, Maggi at Chedis, and the Illumination on Diwali. “The
rigorous and research-oriented master’s program and excellent faculty members at IITKGP have
strengthened my creative thinking“, said Mr. Agiwal. He further said that the attention to detail
and focus on collaboration during the Master’s helped him immensely in innovating new
technologies at Samsung and he is proud to be an alumnus of IIT Kharagpur.