Life @ Kgp / Passing By / Visitors to IITKgp
Share this:

As a former detention centre for freedom fighters during the Raj and then as the first Indian Institute of Technology that laid the foundation of the IIT system, IIT Kharagpur’s heritage is widely known and acknowledged. The academic building, together with a host of early structures in the campus, stands testimony to a momentous era. Do they bear any other secret?

Prof. Priya Jain, Associate Director, Center for Heritage Conservation and Assistant Professor, Department of Architecture at Texas A&M University, believes they do. “IIT Kharagpur was the first large scale campus that was designed in the modernist style in India,” said Prof. Jain during her recent visit to the campus. Apart from its antiquity as the first IIT, its architecture itself has a history to tell.

The IITs, said Prof. Jain, who is working on a series of paper of the architecture of the IITs, were all built in in the modernist style of architecture that was pretty new in India at that time. Globally, modernism emerged as a movement in the early 20th century as a response to industrialization. This new thinking on design and minimalism coincided with social movements like the rise of socialism. Modernism utilized new materials and advanced technology and rejected old, traditional, historical ideas and styles, and ornamentation.

Newly-independent India also felt the need for new ways to express itself. Prof. Jain explained, “Nehru picked up modernism because this new international style, with no historic connection with either Hindu or Muslim art, was found to be a neutralizing architecture and a new vocabulary for India.” This was what led him to Le Corbusier and the eventual building of Chandigarh in its distinctive architecture.

Post-independent India was an exciting time, but most of the literature on the architecture refers to Chandigarh. “I wanted to look outside it and IITs became an interesting proposition particularly since each IIT was designed with international collaboration in an era of cold war politics,” says Prof. Jain.

Prof. Jain is greatly interested in what she calls these “sub-stories”. In the case of IIT Kharagpur, where a lot of foreign countries were involved, a Swiss architect is believed to have made the masterplan. However, Prof. Jain’s initial research in the National Archives shows that a lot of the early work was done by Indian architects of PWD in Delhi. By the time the Swiss architect came, a lot had already been accomplished. “I am trying to go to primary sources and pin down how the planning came about, how the design and construction was done… There is a lot of interest in architectural circles about history and global modernism and I feel India has a lot to contribute to the existing body of knowledge.”

But her interest in the architecture of the IITs also reflects a larger concern of hers. A licensed architect in both India and the US, with over a decade of experience in building reuse and renovation, Prof. Jain has worked on the restoration of a diverse range of historically significant buildings including Trinity Church in Boston, St. Elizabeths Hospital in Washington DC, the Richardson-Olmsted Complex in Buffalo and the Jewett Art Center at Wellesley College. She is particularly interested in technical building investigations, preservation of large institutional sites and buildings of the recent past. While at IIT Kharagpur, she also gave a talk at the Department of Civil Engineering, pointing out that there were few structural engineers and even fewer mechanical engineers who could work on historical buildings.

She became aware of how endangered modern-era historical buildings are in India with the news of the destruction of the Hall of Nations in 2017, the world’s first and largest-span space-frame structure built in reinforced concrete in 1972. The architecture holds special significance in India’s post-colonial history, but it took only days to be brought down. “Because of the Hall of Nations example, I felt that these buildings are very threatened in India.”

Involved with the conservation efforts in her own campus, Prof. Jain is aware that university campuses are always in a state of flux, and sometimes old structures have to make way for the new. Prof. Jain argues, “If historical research exists, the authorities will know that what they are trying to take down are the most historical buildings or have unique architectural features. This might lead to a rethink.” Even if a structure is demolished eventually, a 3D laser scan or some other method can be adopted to document what is being demolished.

“This is called conservation master planning and is done frequently on US campuses,” she says. She has, in fact, worked with many universities, such as Wellesley College and Pennsylvania State University, which have created heritage conservation master plans that look at the campus buildings historically. Her own university recently updated their master plan and she is trying to supplement that information with more research on the post-war modern era architecture..

On her first visit to the IIT Kharapgur campus, Prof. Jain found the campus bewitching. “Early pictures show the campus to be very barren. That was the image I had, but I was struck by how green and lush it is here.”

Prof. Jain has been digging into  multiple sources for her research- archives at IIT-Kharagpur, the National Archives in Delhi, the National Library in Kolkata ,  and archives at UNESCO, US and Switzerland, to name a few.

Prof. Priya Jain is Associate Director, Center for Heritage Conservation and Assistant Professor, Department of Architecture at Texas A&M University. She serves as Field Editor (Architecture) for the Getty Conservation Institute’s AATA Online-Abstracts of International Conservation Literature and is Co-Chair of the Central Chapter of the Association for Preservation Technology-Texas 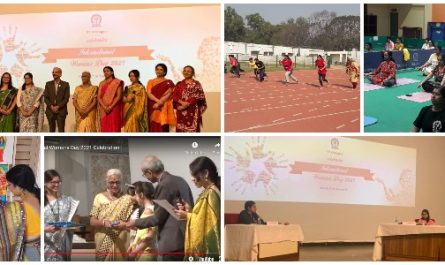 The day of many victories