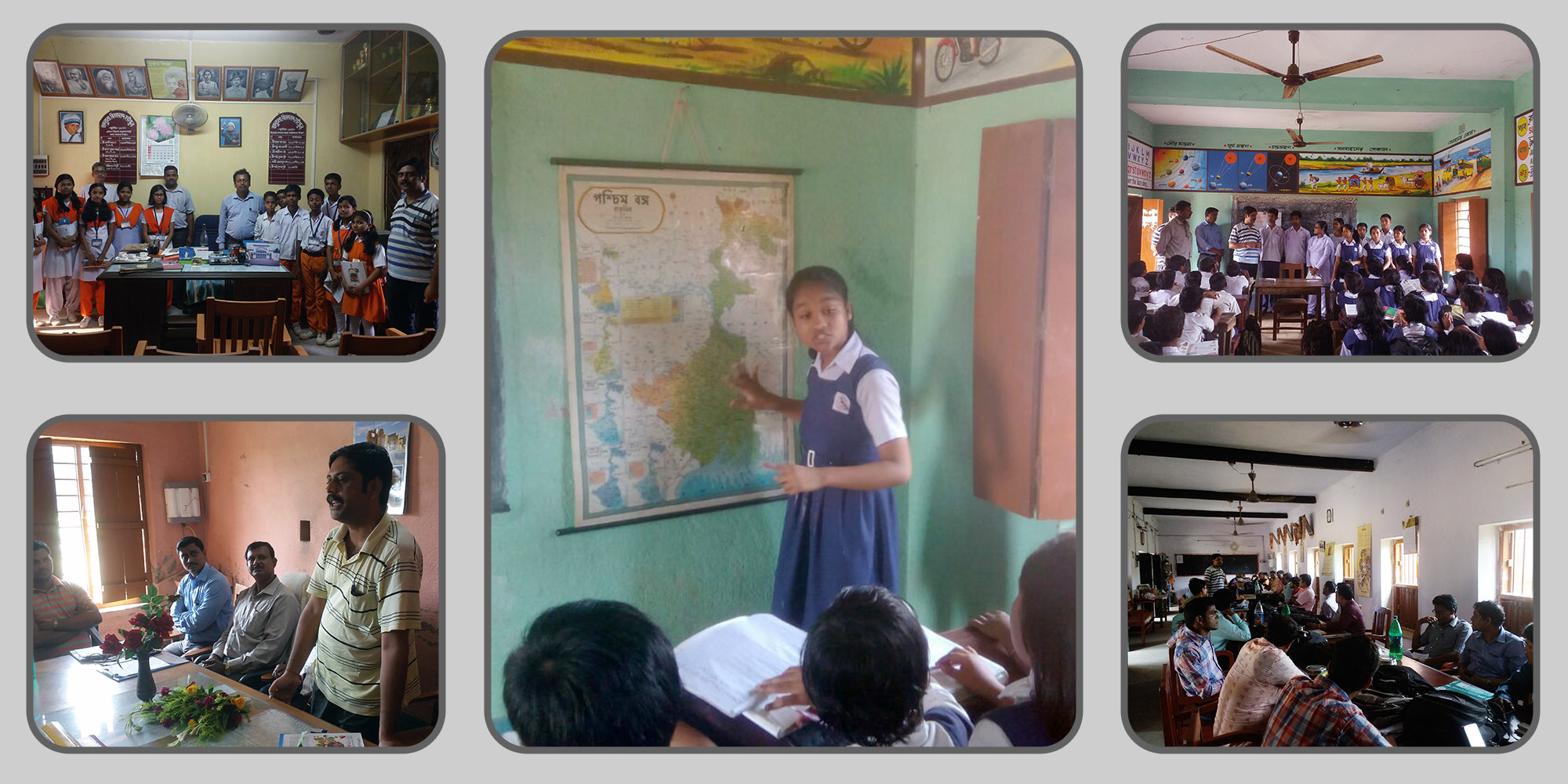 In one of the many social initiatives undertaken by IIT Kharagpur, the Institute launched a study model that equips students, especially those belonging to rural schools, to grow into confident, knowledgeable, competent individuals. The project is called “Innovative ‘C-4’ Model for High School Students”.

Under the ‘C-4’ model, middle or high school students are trained and mentored so that they can teach students who are four classes (that is, minus 4) junior to them. The research project was undertaken by Prof. T.K. Bandyopadhyay, Prof. Pulak Mishra, Prof. R.K. Pradhan, and Prof. P.K. Bhowmick of IIT Kharagpur and Prof. Pijush Ghosh of IIT Madras.

“The ‘C – 4’ education model was conceived to enhance the education experience of school-going children in order to develop their personalities during the formative years. With the aim of bridging the gap between qualified and employable graduates, this model strives to make the current generation of students confident and knowledgeable, with effective communication and working skills,” says Professor Mishra.

The project, which was started in July 2015, was continued till as late as August 31, 2018. Under the project, the programme was implemented in 12 schools in south Bengal and 11 schools in and around Chennai. Nine of the schools where IIT KGP has helped mentor ‘C’ students came together at a workshop organized by the Institute to showcase the results in March this year. Students who were regularly coaching their juniors in their respective schools gave a demonstration of their skills.

The Telegraph reported, “Dishari Ghosh, the daughter of a panchayat employee, and Alapan Maity, the son of a freelance cameraman, were among the students who slipped into the role of teachers in the IIT classroom (‘At IIT, teachers in their teens’, March 5, 2018).”

Dishari is a Class X student of Bhadutala Vivekananda High School. She taught her juniors how to count numbers fast, using models at the special session at IIT Kharagpur. Alapan, who will be writing the Madhyamik examination next year from Radhamohanpur Vivekananda High School, used charts to explain the features of renewable and non-renewable energy. Alapan said, “Our teachers take remedial classes to compensate for whatever we might have missed while helping our juniors with their lessons.”

The demonstrations put up by students such as Dishari and Alapan were reviewed by the professors of both the IITs. They gave their feedback, as did the other school teachers and principals gathered at the meet.

The ‘C – 4’ programme was pursued through four steps: i) Building general awareness among school teachers about the models ii) Training ‘C’ students at IIT Kharagpur iii) Implementing the model in the schools including mentoring and iv) Collecting field data and do performance analysis.

The project has had manifold impact on children. It worked as a tool to improve their communication skills, enhance their sense of responsibility, and strengthen their public speaking ability and sociability. The statistical findings shared at the meet in March showed that of the 66 ‘C’ students who had been mentored, 91 per cent got better marks, 74 per cent showed better attendance, 81 per cent of the participating students felt their overall personality had improved. Parents too attested to the fact that the programme had improved the children’s sense of responsibility and enhanced their public speaking ability and sociability.

The first phase of this project was financially supported by CSR fund of TechnipFMC India Ltd. “We hope the Central and state governments, non-governmental organizations, corporates and foundations engaged in CSR will adopt this proven social science research and help bring positive change in the Indian school education system,” says Prof. Bandyopadhyay.

Although suspended, the researchers from IIT Kharagpur continue to visit rural schools in their private capacity. Schools in the Jangal Mahal area are particularly interested in continuing the programme as they have seen how effective the programme has been for their students. In some of the schools such as Moupal, Bhadutala and Harispur, the performance of students in the Madhyamik examination has improved.

“We have done a primary survey and are now preparing the literature for a book on the programme,” said Prof. Bandyopadhyay. The researchers have also resolved the problem regarding time management faced by the ‘C’ students during the implementation of the programme during the initial phase.

The primary data gleaned from the project is encouraging. With sustained funding, the project could transform the situation in and around the neighbouring areas of IIT Kharagpur and in many other schools willing to bring change in the way children are educated.