Researchers from Centre for Oceans, Rivers, Atmosphere and Land Sciences (CORAL) of IIT KGP have developed a new statistical model, which can be used to predict variability and trends in rainfall over different climate regions of India taking into consideration both local and remote factors causing weather change.

Many of these, local and remote, factors that affect weather conditions have been known to the scientific community. However, most weather forecast models typically consider local factors or a single factor that affects rainfall or use of statistical models of correlation to establish the impact of various factors. Because of this there used to be significant uncertainties in such predictions as each independent factor has a certain impact, which may not match with actual conditions.

“In our model we have used the multiple linear regression technique to assess contributions of different remote and local climate forcing to seasonal and regional inhomogeneity in rainfall. It removes the impact of individual factors to find the trends in rainfall. The model has three advantages; it can be used to find the contribution of individual factors to the rainfall and can be applied to estimate the trends and variability of rainfall. Apart from these, the model can predict any type of weather conditions, anywhere in the world only by changing the relevant factors affecting the changes. For instance, we have used a similar model for estimating trends in atmospheric trace gases such as ozone,” said Dr. Prijitha J. Nair, the lead researcher, who conceived and coordinated this study.

The novelty of the model has been reported through a research paper “The local and global climate forcing induced inhomogeneity of Indian rainfall” in the much-coveted Scientific Reports by the Nature.

“Our study finds that the Summer Monsoon Rainfall variability is governed by the surface temperatures of the Eastern Pacific, Central Pacific, Atlantic and the north Indian Oceans, and equatorial zonal winds. However, the winter Monsoon Rainfall variability is largely controlled by the surface temperature of the North Atlantic and extratropical oceans,” explained co-researcher Prof. Jayanarayanan Kuttippurath.

The model, which has been developed using data over a period of 38 years, has also predicted significant changes in Indian rainfall in a perspective of global climate change. The data analyses conducted during the study revealed significant positive trends (0.43mm/day/dec) in the North West for summer rainfall during the 1979–2017 period.

“There are scientific evidences of major climate shifts over centuries. These do not happen overnight but through gradual changes in weather conditions over time. The data shows there has been an incremental shift of Indian monsoon from east to west. However, this would require further studies,” said Prof. Arun Chakraborty, who supervised the research.

Dr. Hamza Varikoden, a scientist from the Indian Institute of Tropical Meteorology (IITM), Pune, and Dr. P. A. Francis, a scientist in the Indian National Centre for Ocean Information Services (INCOIS), Hyderabad (both are from the Ministry of Earth Sciences and are renowned for their significant contributions to Indian Monsoon research), are the other researchers participated in the study. 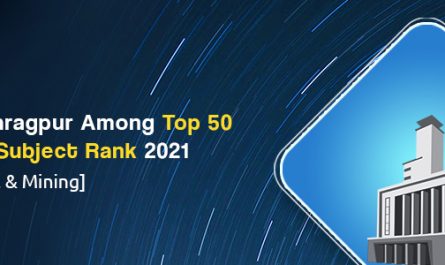 Agenda for the future