Your posts on social media and internal messaging applications can now help victims receive relief during natural disasters. While you tweet about the situation of the victims in specific locations in English or Hindi, a computer program can read through your empathetic post and send the relevant information to nearby relief operators. A research team led by Dr. Saptarshi Ghosh from the Department of Computer Science and Engineering at IIT Kharagpur is developing the algorithms for this task.

At the wake of the recent Kerala floods and other disasters in the past few years, the country has witnessed a significant rise in the real-time news regarding the disaster locations, victims, relief operations and call for help. Following these disasters, various social media platforms become important sources of real-time information regarding the disasters, coming from victims, on-site volunteers and empathizers all of whom act as “social sensors”.

In the aftermath of the April 2015 earthquake in Nepal, an NGO of medical practitioners “Doctors For You” posted information on their WhatsApp group, on the medical requirements after the earthquake. They shared access to the WhatsApp group with the research team of Dr. Ghosh who studied the exchanges between medical practitioners during a three-month period following the earthquake. Several insights were extracted on what are typical medical requirements after a major earthquake, for better preparedness at the wake of such events in fthe uture. “For instance, in the week just after the earthquake, the main concern is to deal with bone injuries and psychological trauma. In the later weeks, the focus has to shift to taking care of pregnant women and children, and to water-borne diseases,” confirmed Dr. Ghosh. The findings from the study were published in the journals International Journal of Disaster Risk Reduction and Disaster Medicine and Public Health Preparedness.

The team did further research with tweets posted during Chennai floods in 2016. Using the algorithm they found tweets with contact information, asking for drinking water, or calls for help required by adults and infants. There were also tweets that informed about the availability of resources such as drinking water in particular regions. Such posts on social media and internal messaging services could be extremely helpful for carrying our relief operations or plan in advance for disaster management. However, due to the huge volume and the rapid rates of posts related to the disasters, it is cumbersome to locate relevant messages which can contribute to enhancing situational awareness in the disaster-affected region.

“Only about 2% of the information tweeted in a disaster scenario turns out to be useful for relief operations, which is humanly not possible to identify. The critical information is immersed in large amounts of conversational content where people mostly express sympathy for the victims of the disaster. Our intelligent automated methods can identify and extract such critical information in real-time and in summarized form, which could be extremely helpful towards disaster management,” explained Dr. Saptarshi Ghosh.

The algorithms developed by the IIT KGP research team can search English and Hindi posts on various social media handles, especially micro-blogging sites, and IM services, and can extract and summarize critical situational information during disasters. The team has used advanced Neural Network and Deep Learning models to identify critical information from the informal language of social media posts, which lack grammar, contain arbitrary shortenings of words (e.g., ‘medicines’ shortened as ‘meds’), etc. Attempts are going on towards filtering and extracting information from disaster-related images posted on social media, which is also a challenging problem.

At present, the team is developing Web-based systems and mobile applications for aiding post-disaster relief operations. The systems will utilize the algorithms and perform tasks like identifying and extracting actionable information, summarizing the actionable information, etc. “The technology has reached a level where it can be deployed for use by relief operators. For instance, a person sitting in the control room can get live updates about what resources are needed where what resources are available and coordinate the relief operations accordingly. Or, a relief worker can get updates on his/her smartphone about people being trapped in the vicinity, so that they can be rescued.” said Dr. Ghosh.

The project has been jointly funded by IIT Kharagpur ISIRD grant, Microsoft Research India and ITRA, Media Labs Asia and DeITY, Govt. of India. Under the National Disaster Management Plan launched in 2016 development of such technologies are being supported. Recently, the Geological Survey of India has come up with a community-driven early warning system for landslide-prone areas in Darjeeling and training people to report rainfall threshold measurements which could lead to landslides.

“Availability of such trained volunteers operating our technology will be all the more effective in identifying and responding to social media queries and even promote the relevant information to people who could put them to use at the ground level” concluded Dr. Ghosh.

The innovation has been reported in several papers, the latest being in the popular journal ACM Transactions on the Web, and further publications are scheduled in the Springer journal Information Systems Frontiers. 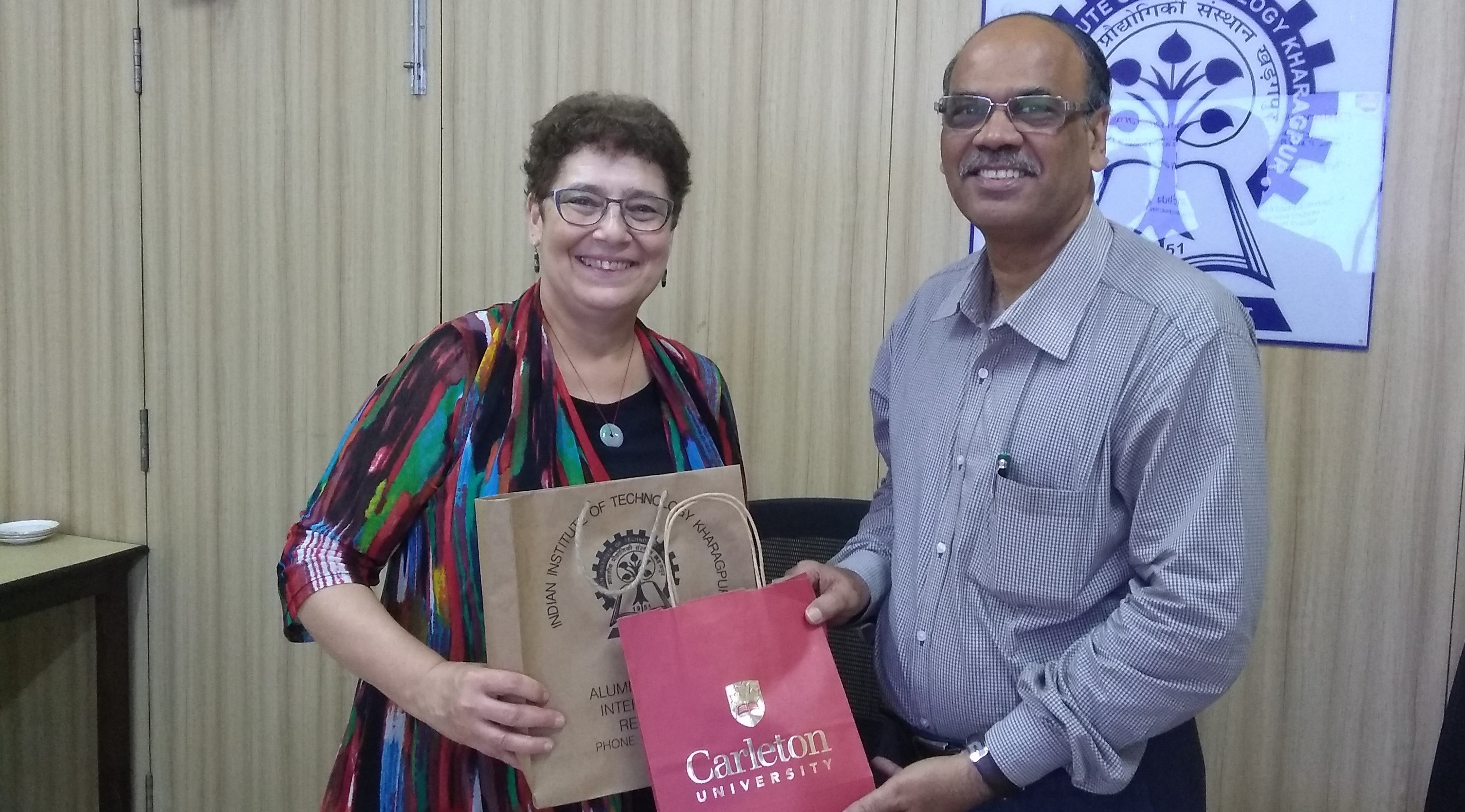 For the bright and the brilliant

One thought on “Social Media to Help Disaster Relief”